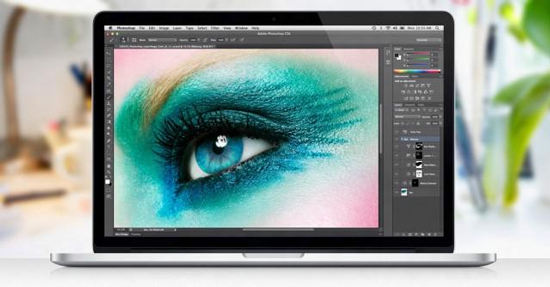 Adobe has finally got onboard with Apple’s new Retina display by bringing an update (or fix if you like) to its Photoshop CS6 and Illustrator CS6 software that will now allow you to up the quality and work on a Retina display level of detail when editing images.

The updates have been released already and you can download them free of charge from here for the Photoshop CS6 update (13.0.2) and here for the Illustrator CS6 (16.0.3) update.

With this update customers can see more detail in images and text, and in the Illustrator user interface when working on high-resolution displays, including the new Retina display available on the MacBook Pro. The HiDPI feature in Illustrator is currently only available on Mac OS, although it is expected to be available in the future on additional operating systems.

The company is  setting up for an announcement at the Adobe Create Now event that it is being held today in the US.

Apple launched a 15-inch Retina Display MacBook Pro model six months ago and it’s taken this time for Adobe to catch up with the resolution and upgrade its software, but with the new update CS6 users will now be able to edit in full Retina display resolution.

In the Adobe update notes for the software it states:

” The Adobe Photoshop 13.0.2 update enables support for new HiDPI displays on the Macintosh platform for a dramatic improvement in image fidelity and resolution,”

With today’s Create Now Event fans of the Adobe package can also look forward to:

It will be interesting to see if Adobe has any more updates up their sleeves!