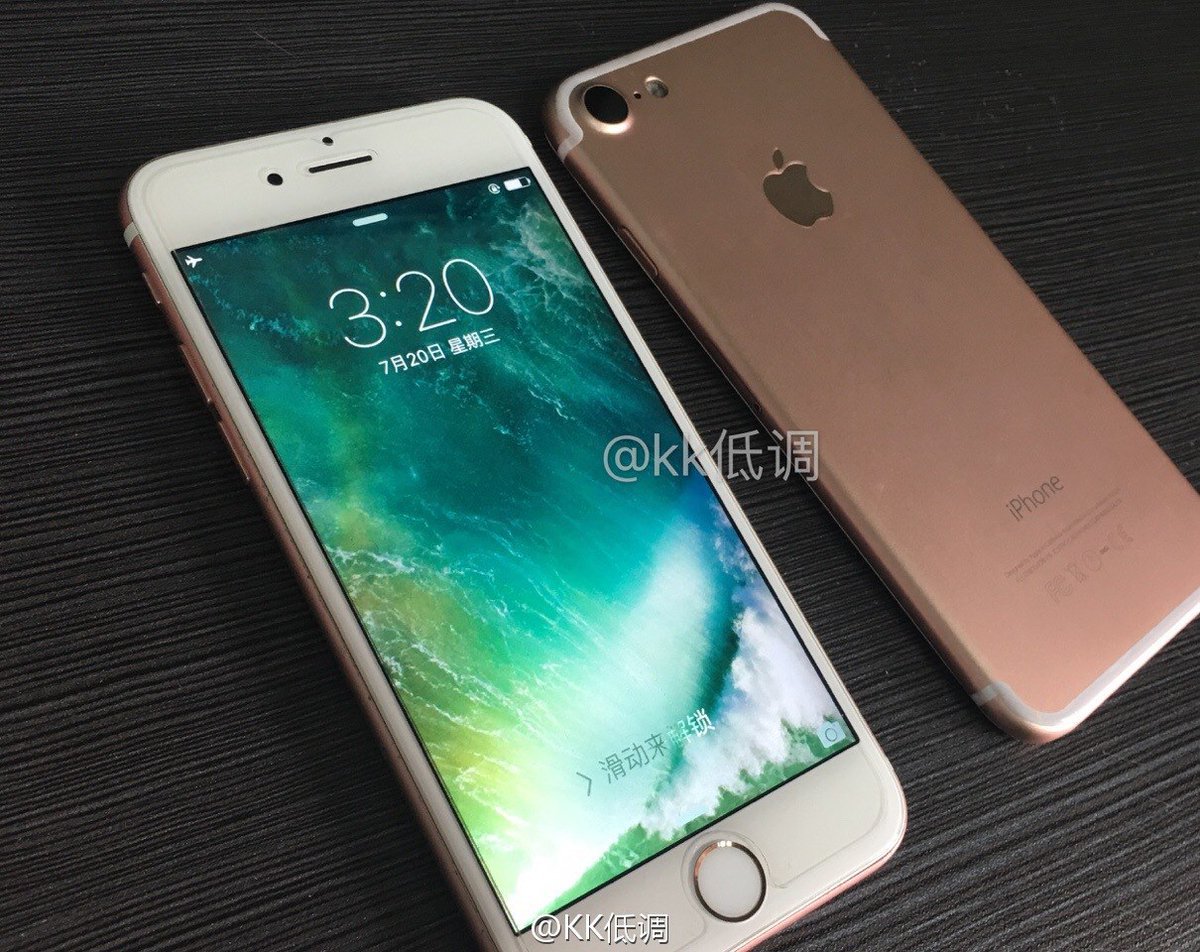 The release of the Apple iPhone 7 is getting nearer by the day and as the supposed September launch looms the web is rife with rumours and leaks – some believable and some less than genuine but very passable.

One recent addition to the leaked photos gallery surfaced this week from China’s answer to Twitter, the social site Weibo (coincidentally reposted on Twitter) and shows images of what appeared to be the iPhone 7 in rose gold finish, and switched on showing new iOS 10, but it has since been suggested that these are purely the work of a well-skilled Photoshop forger.

We still think the pics are worth a look since they’re very close to what we think the iPhone 7 will actually look like – which is, unfortunately, a bit bland, none too exciting and not much of an upgrade in appearance on the current range iPhone 6S.

Well, there is that new bulbous camera lens sticking out of the back, but we already know people’s opinions on that one.

Appearances aside, the iPhone 7 is expected to pack a few tricks aside from being preloaded with the new iOS 10 software. These rumoured additions include a brand new Apple made processor and 12-megapixel main camera, thinner form factor (possibly due to removal of the 3.5mm headphone jack – this is still is question), Force Touch sensor replacing the physical Home button, repositioned antenna bands (most renders and fan interpretations confirm this), Smart connector for modular parts and a new selection of colours including Space Black and Deep Blue.

With Samsung readying the launch of the Galaxy Note 7 on August 2nd, a month before Apple will probably be launching the next full iPhone upgrade, the smartphone market’s greatest rivalry is once again about to heat up. Which side will you choose?