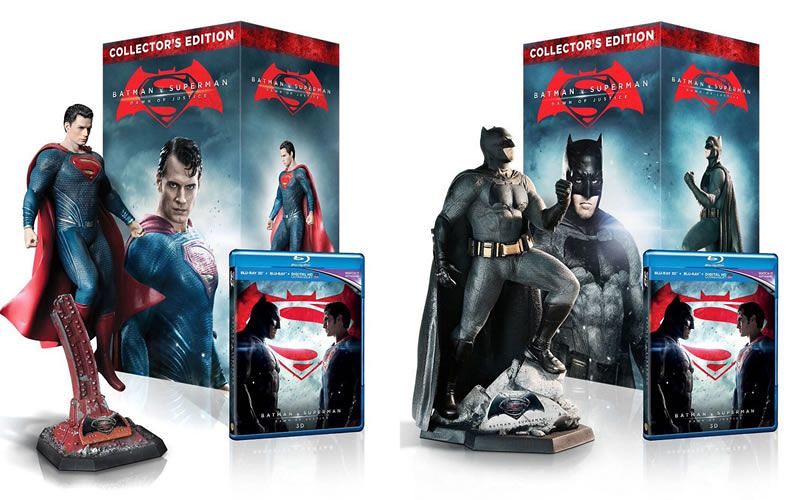 Warner Bros. Studios has announced its intentions to release a Batman v Superman: Dawn of Justice – Ultimate Edition Blu-Ray which not only features the extended and uncut version of Zack Snyder’s recent comic-to-screen blockbuster but also a massive amount of bonus content.

And to show this three-hour version of the film in true super-heroic quality and to contain all the extras the BvS UE will be presented on a triple disc set which will be the first of its kind to be presented in 4K Ultra HD in 100GB format!! *POW!*

As well as the extended cut of the Batman v Superman movie, which is the mythical R-rated version with unused storylines and characters, the theatrical cut is also included along with exclusive featurettes as follows:

Both the Ultimate Edition and regular copies of Batman v Superman: Dawn of Justice will be released on July 15th with a Collector’s version of the Ultimate Edition available for those wanting to upgrade on the 100GB of uncut 4K movie and bonus features with a nice statue of either the Dark Knight or the Man of Steel – But which side will you choose..??