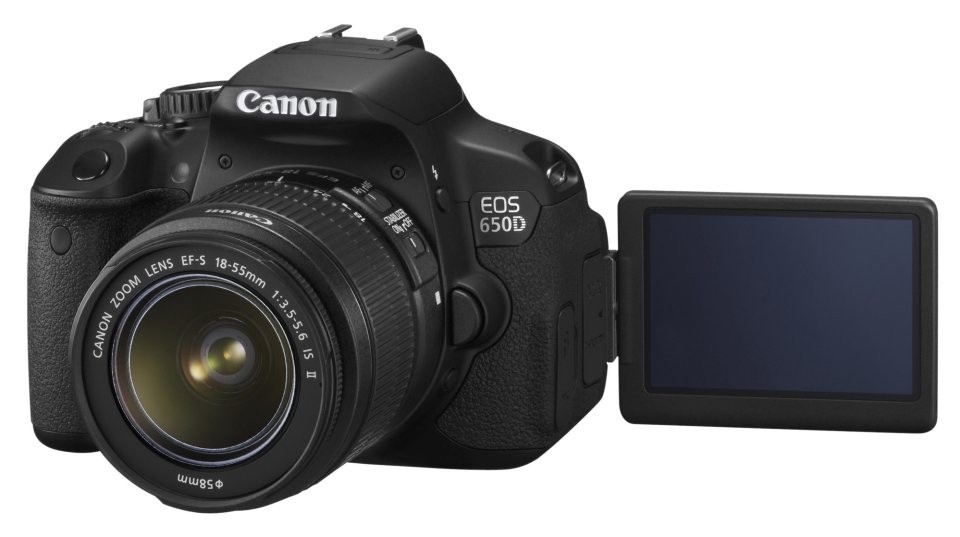 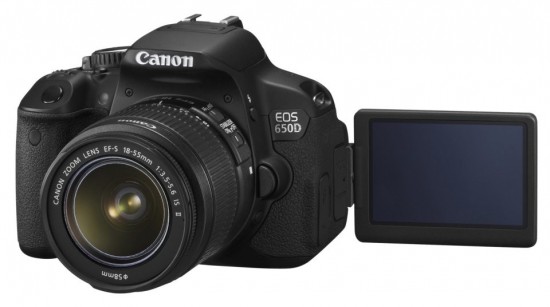 Canon has revealed a brand new powerhouse of a DSLR, the EOS 650D. A natural successor to last year’s EOS600D, the new model packs in plenty of new features including a flip-out touchscreen.

An 18-megapixel APS-C Hybrid CMOS sensor coupled with a new DIGIC 5 image processor provide sharp high resolution images, along with a 9-point wide area autofocus to provide an instant and accurate lock on.

The 650D adds a new feature in the form of continuous shooting at 5 frames per second, along with Full HD video recording and a stereo microphone, which is located in the top of the camera for optimum sound quality and noise filtering.

The big feature comes on the back of the camera – a 3-inch Clear View LCD II touchscreen. The screen can be tilted and flipped out and around for self-shots and those snaps from tricky angles. Canon has used the flip out screen on DSLRs before, but the fact that it is touch-operated is a first.

“Touch control adds a different dimension to Live View shooting,” says Canon. “You can select AF points, track faces and objects, and fine-tune image settings via the camera’s Quick Control screen. Navigation is instant and intuitive, while pinch-zooming in playback provides a great way to check the finer details of a shot.”

Canon is aiming the 650D at the amateur or beginner photographer that wants to start getting serious with the art. Two new shooting modes are situated on the dial which emphasis this; HDR Backlight Control and Handheld Night Scene. The former takes three photos – overexposed, underexposed and regular exposure – and combines them into one to make, supposedly, the perfect shot. The latter shoots four pictures in rapid succession and combines them to produce a blur-free night shot.

The EOS 650D will be available in the UK later this month for around £800. As is the trend, Canon will launch the same camera in the US under a different name – the Rebel T4i – for $849.