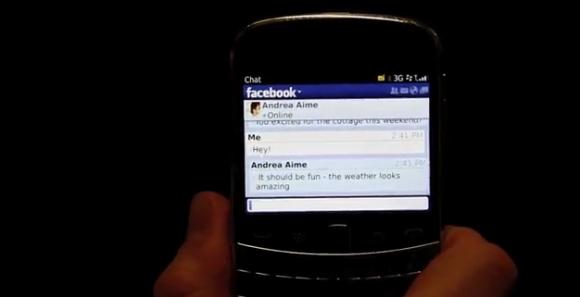 Facebook and RIM have officially announced the public release of Facebook v2.0 for Blackberry smartphones and the Blackberry Playbook Tablet.

The Facebook app for Blackberry has received a major overhaul and, after several months of beta testing, will become available for customers to download from the Blackberry App World within 24 hours.

RIM confirmed that testing had finished and the app would be available soon through their blog, posting the following message:

RIM’s Facebook team have worked to add in new features as well as making the app more touchscreen friendly to suit the Blackberry Torch and Playbook tablet, as well as the forthcoming Bold 9900, Monza and Torch 2 smartphones.

Facebook Chat has also been incorporated into Facebook v2.0 for Blackberry devices, giving you the ability to view and open chats through both the app and your Messages inbox. You’ll be able to close the Facebook app and reopen chats from your Messages folder, just as if you were opening an email thread.

Blake from the Facebook team at RIM demonstrates the new app and features in the video below using the brand new, unreleased Blackberry Bold Touch 9900 below. Check out how thin it is!