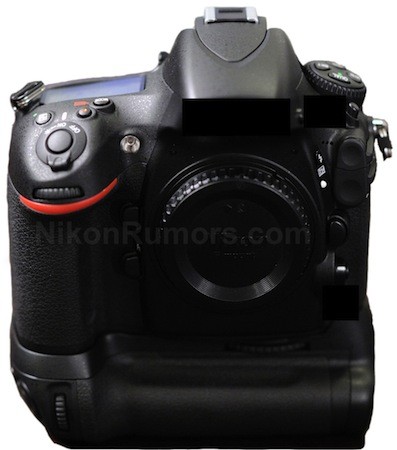 Rumours have been rife for a while now as to whether Nikon will be releasing a new successor to the D700.

The rumours started not too long ago, with various tech blogs reporting that Nikon would be announcing a new camera – the D800, sometime in November. Soon after,  we started to get some rumoured specs of the DSLR, which said it featured an impressive 36MP full frame sensor, along with the ability to be able to record 1080p video at 30fps. Other rumoured specs included a large screen, 4fps continuous shooting and also two slots for a Compact Flash card.

And now, after the initial rumour of the suspected specification, the folk over at Nikon Rumour say they have obtained a genuine picture of the upcoming camera – which you can feast your eyes on below.

Unfortunately though, there is no additional information about features or confirmation about any of the previously rumoured specs.