UPDATE: QWERTY-toting BlackBerry Q10 will launch in the UK in March 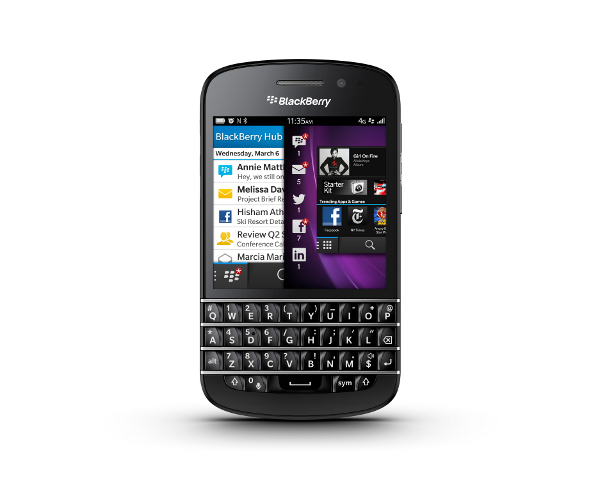 The other BlackBerry 10 device will be with us before the end of the month, if UK retailer Carphone Warehouse is to be believed.

Earlier today the BlackBerry Q10 appeared on the retailer’s website with a March 2013 launch pinned to it. That soon disappeared, asking questions about the suspected April launch that BlackBerry itself had previously mentioned.

Back at the end of January BlackBerry launched its new BlackBerry 10 operating system and revealed the first two smartphones to use it; the Z10 and the Q10. Since then the BlackBerry Z10 has launched in the UK, parts of Europe and Canada, but the more traditional looking BlackBerry Q10 hasn’t really been given a launch date.

The Q10 looks familiar to the BlackBerry Bold devices of old, mixing up a sharp 3.1-inch Super AMOLED touchscreen with a full physical QWERTY keyboard for bashing out the emails, texts and BBMs. It features 16GB of expandable internal storage, an 8 megapixel rear camera and front facing camera for video calls, plus a 1.5GHz dual-core processor.

Not long ago BlackBerry’s head of software Vivek Bhardwaj said that the Q10 would launch in April when the company had put the finishing touches to the software and finished product. Perhaps Carphone Warehouse has received confirmation that the phone will launch a little earlier, or it may be a case of a mistake on their part.

UPDATE: We’ve received confirmation from BlackBerry itself that the first networks to stock the Q10 will have it early April. It seems that Carphone Warehouse has some crossed wires somewhere along the line.