Streaming services are on the rise and the number of UK households owning a TV has dropped for the first time in a while; this means there is a new opportunity for businesses to spread their wings and broaden their horizons into the ever growing streaming world.

Sainsbury’s has a streaming service. Yes, it came as news to me too, but they do and have done for a while; but now it’s coming to Roku too. 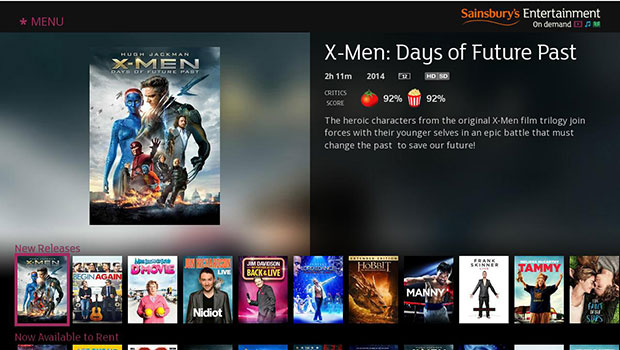 Sainsbury’s Entertainment also lets you pay for films and series with your Nectar points, as well as allowing you to earn them. This feature seems to be a rather unique selling point, which could end up working in Sainsbury’s favour.

The choice of viewing content available on Sainsbury’s Entertainment is up-to-date and varied. Ranging from Breaking Bad to How to Train Your Dragon 2, there’s something for everyone in the family, helping to keep the service in the demand of everyone.

With Tesco’s rival streaming service under a heavy advertising campaign and offering additional features such as the facility to download films and series to your tablet or device and watch them at a later date; Sainsbury’s will have to work hard to stay in the game.