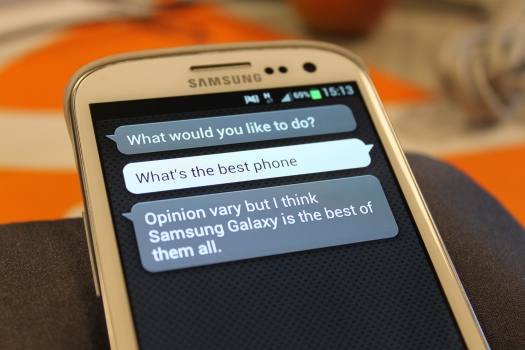 With the launch of the Galaxy SIII, Samsung is waging a war with its most bitter rival Apple, and its robot butler Siri. The two both aim to make your life easier by understanding natural speech and processing requests while not treading on any patents held by the other company.

Apple has already announced plans to boost Siri’s capabilities with iOS 6, launching later this year. In the meantime Samsung’s S Voice can do plenty more, and we’ve found it to do a pretty darn good job.

S Voice can be used to get you from A to B using Google Navigation, open apps, set reminders and alarms, make calls and send text messages. These are just a few of the standard features, but Samsung has also packed in some other neat voice-related tips.

If your fingers are tied up or you’re too tired to type, you can simply speak a text message or email and have the phone translate your voice into text. This option isn’t too easy to find though – in most versions of Android you’ll have a microphone to the left or right of the space bar on the keyboard. On the S3 you’ll probably see a settings icon. 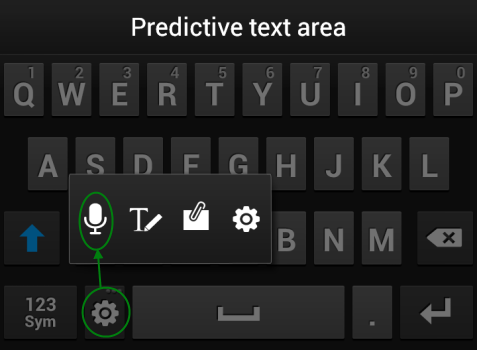 What you need to do is tap and hold your finger on this to see a pop-up box containing the microphone. Without releasing your finger from the screen, slide it over to the microphone then let go – the voice dictation icon will now stay on your keyboard.

Siri can be opened by holding the home button on the lock screen, but S Voice takes things further by allowing you to speak a command when your phone is locked to automatically open the app. What’s more, you can customise your ‘wake up command’, so you can yell “help me!” or “oi phone, wake up!”

To do this, open S Voice, press the menu button and then tap Settings. Scroll down and tick the Wake up command and the Wake up in Samsung unlock options. Next, select the Set wake-up command and follow the steps to set your chosen phrase or word to set it up. TIP: Try to use short words with as few syllables as possible! “Mobile Communications Device, Activate!” probably isn’t the best option.

We’ve compiled a tips and tricks guide for S Voice which you can view in full below. There’s still plenty more you can do with S Voice, and thanks to its integration with Wolfram Alpha you can perform web searches, calculations and conversions.

Our favourite feature is being able to say “take me to the nearest …” and having the app direct you pretty quickly and easily with turn-by-turn navigation. Check out the video for yourself and let us know what you think via our comments below or by our @Gadget_Helpline Twitter page or Official Facebook group.