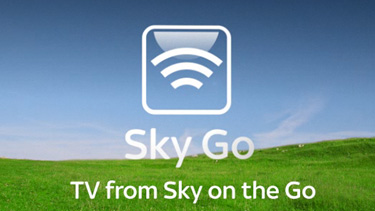 The Sky Go mobile application went live just 2 months ago as an amalgamation of Sky Mobile and Sky Player and as the growing tech-trend of television on demand becomes more in demand delivering pocket programming has been an avenue which BSkyB has excelled to.

Trading on its name and over 20 year reputation Sky bring live streaming content and playback from the living room set top box to a choice of two different devices including iPhone, iPad, iPod or laptop. This has awarded such great success and the digital telly co. has managed to grab the whopping figure in such a short period.

Sky Go features popular programming including dramas, news, documentaries and most popular sports and most watched channels on Sky Go in order are Sky Sports, Sky News and Sky Sports.

Having recently acquired ‘The Cloud’ Sky’s head of Sky Player and Sky Mobile says “”Sky Go’s integration with The Cloud will allow customers to enjoy free access via thousands of wireless hotspots throughout the UK and Republic of Ireland, so they can enjoy the highest-quality streaming of the content they love while out and about.”