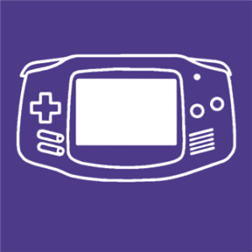 The new app, which was released to the Windows Phone Marketplace over the weekend, allows users to play emulated games provided these are supplied via ROM files, which can be downloaded (somewhat legally if you own the original cartridge) or copied from the original cartridges using specialised hardware. Once obtained, ROMs can be run from within the app, or pinned to the start screen to allow the direct starting of specific games.

The usual emulator features are also included too – you can load and save outside of each game’s native save system, allowing you to have a slightly easier time of things. You can also enter a turbo mode by pressing the hardware camera button, which will allow you to speed up your progression in the game – particularly useful where you’re replaying a game and don’t need to read every scrap of dialogue again!

Most users have reported successes in running most games, although some titles do not appear to work. Graphics and sound are generally lauded though. One potentially big issue is a performance one – running a GameBoy Advance emulator is a lot more stressful than other apps available on Windows Phone 8, and consequently some users are reporting accelerated battery loss and overheating. Still, these issues shouldn’t be any worse than what you’d experience with any performance-intensive app.

The app is available for £2.29 in the UK (or $2.99 in the United States), but there’s a free trial available too. The same developer has also released a Super Nintendo emulator called SNES8X, which is also well regarded in the community.

Are you going to give either emulator a go? We might go for it if we can find some Lumia 620 gaming accessories – perhaps a Bluetooth game controller!