Xbox One Call Of Duty: Ghosts – Received, pictured and compared 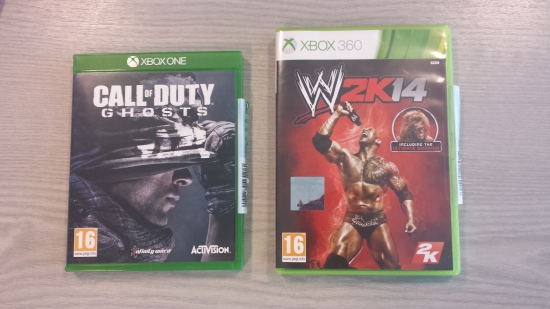 Today’s news feed may well be taken up with the millions of US gamers who are receiving their brand new Sony PS4 consoles, but at Gadget Helpline HQ a very special delivery has also been made. In the ultimate act of teasing we have received an early copy of Call Of Duty: Ghosts for the Xbox One exactly one week before we are expecting to receive our Day One console.

To say that we are excited and upset at the same time is a bit of an understatement. However, we thought we would share our COD: Ghosts box and game with the world just to pass the time, for those who haven’t yet seen how the Xbox One games will look.

The first thing you notice with the new game cases is the size, as  Xbox One games are slightly thinner but notably shorter than Xbox 360 games boxes. The eagle-eyed out there will notice that Microsoft has adopted the Blu-ray case size. 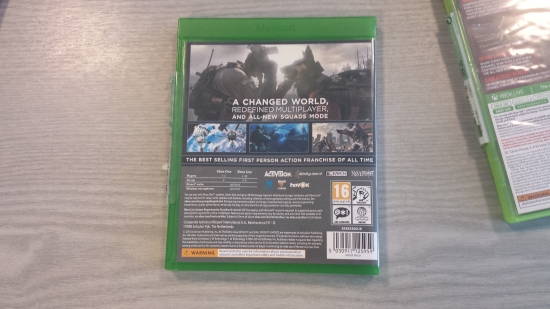 We did a comparison of the recently released WWE 2K14 for 360 (an office favourite) and you can see the differences below. 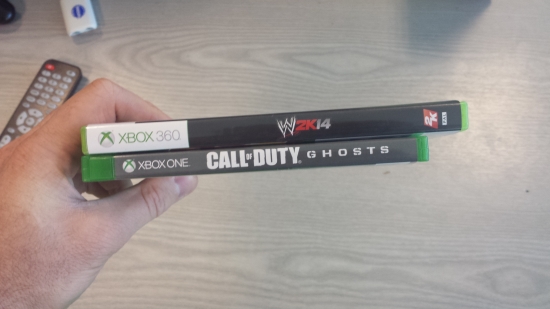 Other than that it’s business as usual as the case is created out of the standard Xbox green translucent plastic, with a large hardened Xbox One headline at the top. 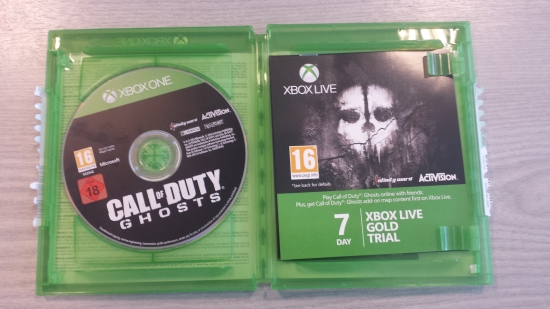 Inside the box the, biggest change is the disc holder being on the left side of the case as opposed to the right, which moves the information booklet and manuals to the right side. Inside COD: Ghosts we also got a 7 day Xbox LIVE Gold trial and a Ghosts Season Pass information leaflet.

The inside back of the case also has a massive Xbox logo embossed to really hit home the branding. 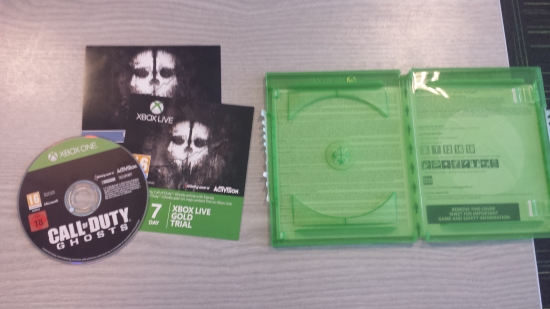 It’s not much to tide over our interest, but the box has already been all around Gadget Helpline HQ for people to have a stroke and a feel. Now we just have to wait for the console to land!

The Xbox One is launched worldwide next Friday on the 22nd of November.