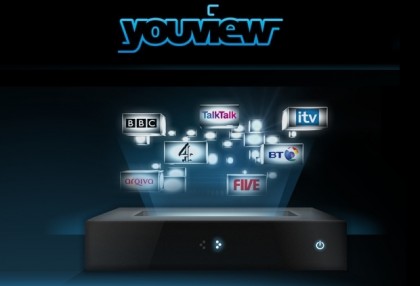 Despite encountering numerous setbacks, technical difficulties and other issues in the past few years, the on-demand TV platform YouView will finally launch in the UK at the end of this month.

The idea behind YouView is to provide more content for the UK customer and to have it ready and waiting at all times, on-demand. It’s an idea that is backed by some of the biggest TV and broadband companies in the country, not to mention Lord Alan Sugar, and has raised over £70 million in funding to date.

Lord Sugar spoke today at a YouView event, proudly announcing that BT and TalkTalk are now both on board as partners for the launch, which will mean even more content on YouView if you’re a BT or TalkTalk broadband customer. Both will also offer broadband packages that include access to the new on-demand service.

TV shows from the likes of the BBC, ITV, Sky, 5 and Channel 4 will be available to stream on-demand in one place, rather than the user requiring a Smart TV or Set Top Box of some description. The first device to offer YouView will be made by Humax, who are famed for making top notch Freeview PVRs, which will cost £299. The first YouView box will hit stores at the end of this month, and more manufacturers are expected to get on board shortly.

BT is already expected to be producing a YouView-compatible device of its own, but the service is expected to be added as purely software to Smart TVs, games consoles and other home entertainment devices in the near future.

With a whole host of on-demand and catchup services already offered on everything from TVs to tablets, YouView may struggle to penetrate the market. With the first device costing £299, we can’t see millions jumping to bag one, but Lord Sugar has already said that the price is expected to fall to around £99 for YouView hardware.