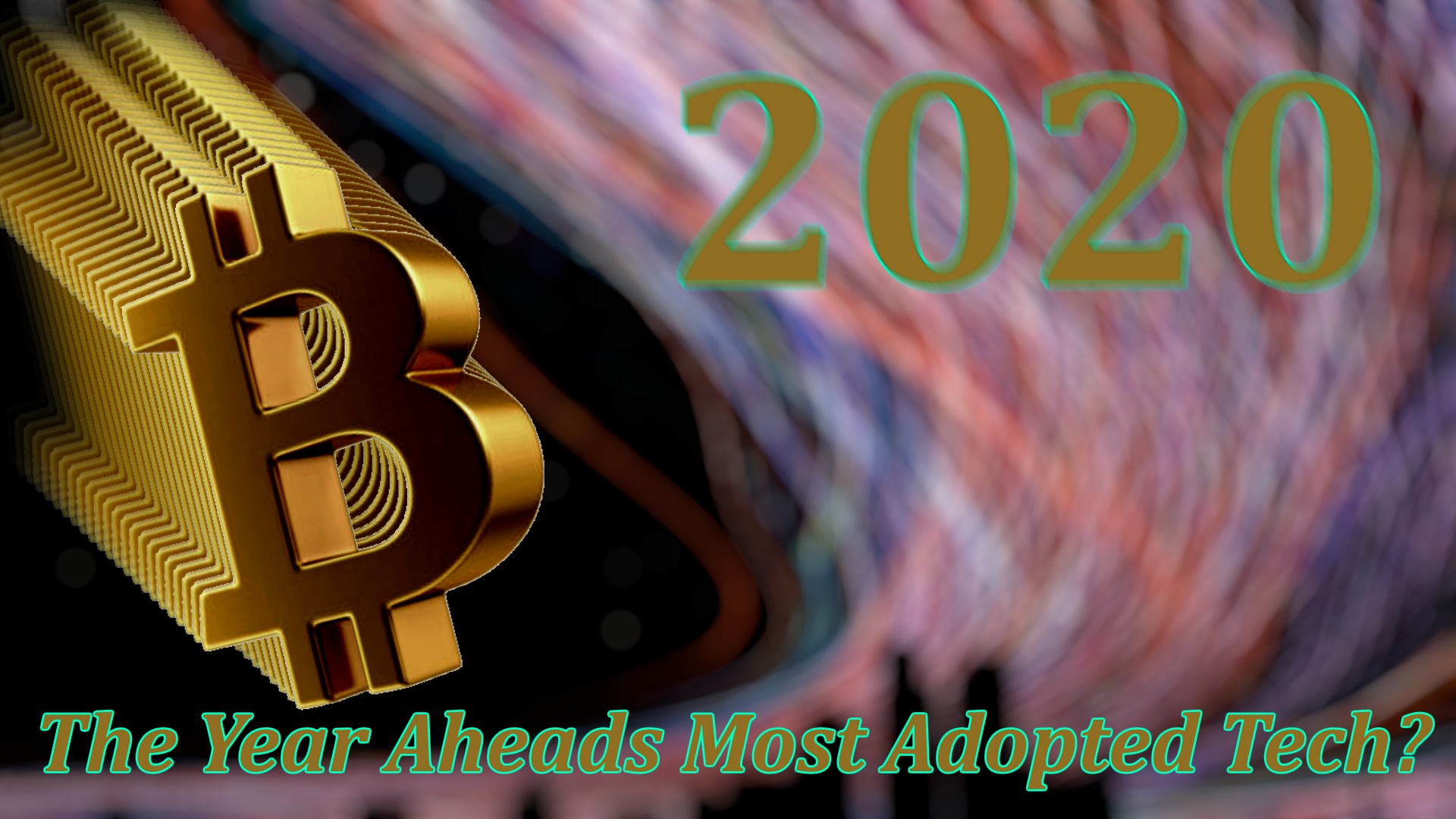 2020 Tech is incoming, we are at the start of a new decade…
So, all the tech in the world yet nothing will bring contentment?
Despite the tech highs we have reached as the human race is it still empty and devoid of any hope for the future?

Some would have us believe this anyway.

As the last decade ended we seemed to be left staring down the barrel of a gun loaded with trade wars and Draconian fear driven politics.

Not the best way to start over a new leaf and save the planet right?

Therefore, you will have to temporarily excuse us for not being excited about 5G, drones or AI etc. Ultimately this will likely compound the self created chains we love building around ourselves. Unless of course we start to look outwards instead of in.

And this is how we are going to look towards the coming decade, outwards.

With the last decade a trustless initiative known as Bitcoin proved itself, numerous contemporaries jumped up to catch some of its wake.  Some have called it the greatest thing for humanity since the invention of agriculture. This tech has also been pushed down a lot by the mainstream maybe they believe it to be at odds with their continued existence. They explain how it is used by criminals, how it is used in pedophile rings, how it is used to launder money or sell/buy drugs. Sound familiar?

How many have heard the term ‘trustless’ repeated over and over again on the news every time Bitcoin hits the headlines? Very few, because it is hardly mentioned.

Our wish for the future decade in tech is that honesty and transparency become a required feature of all human exchanges, endeavors and innovations.

We already have this tech available to us, it is about time people started hearing about the good as well as the bad. Don’t forget, every exchange of goods (after the barter system of course) that ever happened has been helped along with money. Whether the reasoning behind the exchange of funds are clandestine or beneficial, this is money. It is there to resolve contract between two or more entities. Just like Bitcoin.

The main difference between the two? One can have every transaction studied and one cannot.

So, there is no third party looking over every exchange yet it is trusted. The reason being the engine behind Bitcoin is immutable and transparent. You can also latch digital tech onto it as it is a digital thing. Everything else in the World is being upgraded with digital tech. It’s about time money caught up and dropped its old analogue ways. If anyone is interested in learning about the possibilities The Internet Of Money By Andreas M.Antonopoulos is probably a good start.

Hence, Blockchain, not just Bitcoin, may just save us all in the end. The next ten years will certainly be interesting.

Thanks for reading. From all at Gadgethelpline.com have a great 2020!