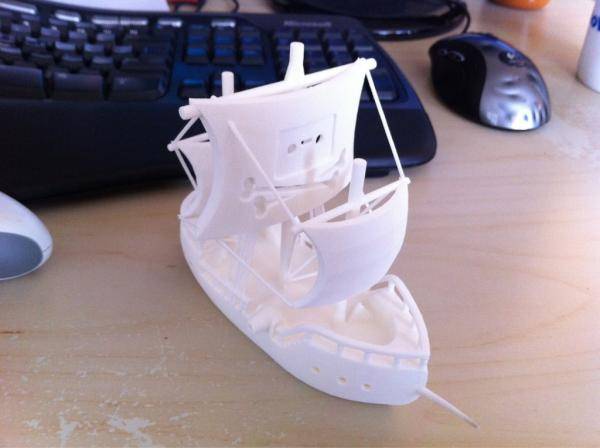 Those troublers of the copyright high seas may have recently run aground, but that hasn’t stopped The Pirate Bay from taking their illegitimate bounty sharing to the next level. Or more appropriately – the next dimension – with a new selection of downloadable and printable 3D objects. 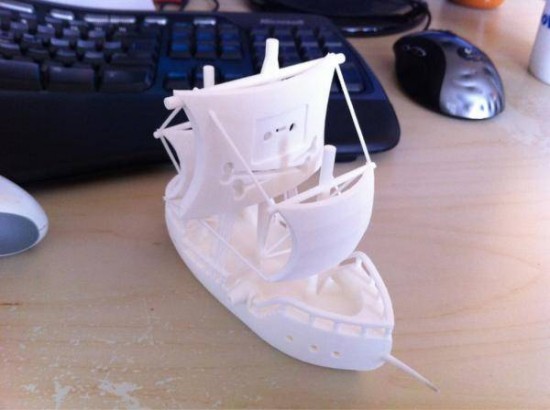 Last week we told of how the creators of The Pirate Bay were facing some hefty fines and prison time from Swedish courts for hosting torrent links and endorsing illegal data sharing online. Now reports suggest that the website has continued operating and now offers not only movies, music and software but also “Physibles” – Patterns which can be downloaded to a PC and printed as physical objects through new 3D printing technologies. If you’re fortunate enough to own one, and at present the chances are slim, your 3D printer can create you a number of “12-inch data objects” already available are said to include The Pirate Bay ship logo, a scale replica 1970 Chevrolet Chevelle, a miniature robot, and a few erm.. “sexual items”.

Methods of 3D printing, including the Cubify desktop gadget, are being readied for the consumer market to be released very soon – currently priced up to the thousands, with replacement one colour plastic cartridges costing upwards from $50. And just like any other online data or downloadable this will provide another dark avenue for copyright sticklers such as SOPA to shine a torch on. Innocent free wares will undoubtedly soon turn to bootlegging. Who wouldn’t want their own custom LEGO person – or perhaps a replacement case for a damaged Apple iPhone? This kind of action would get you in the same hot water as The Pirate Bay..