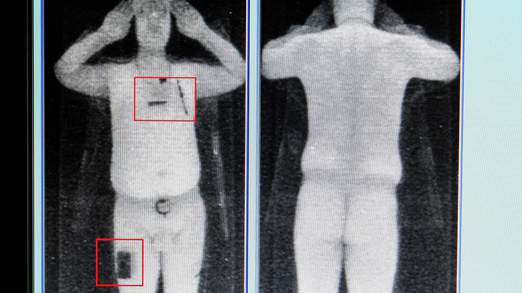 A full body scanner at work.

The ever present threat of terrorism to airlines is a huge worry for security entities tasked with protecting the general public from illicitly smuggled explosives. The measures they have taken seem to have paid off, there hasn’t been an attack on an airline entering the United states or the United Kingdom in the past few years.

However, in order to keep up to date with the latest innovations in bomb-hiding, airport security must consider the possibility that some of the items we simply cannot live without, that everybody carries with them on the plane, might be employed to secretly hide explosives.

In a response to this new-foreseen threat, US officials have advised security staff screening passengers boarding US-bound direct flights from Europe, the Middle East and Africa to increase scrutiny on mobile phones and shoes, and have singled out the iPhone and Samsung Galaxy range as the most likely to be used for sinister means.

Other electronic devices are also more likely to be scrutinised, meaning all and any large and bulky devices included in hand luggage, such as handheld games consoles, tablets and netbooks, may even be examined thoroughly by security officers. Passengers are advised to leave extra time for security screenings when planning their journey. 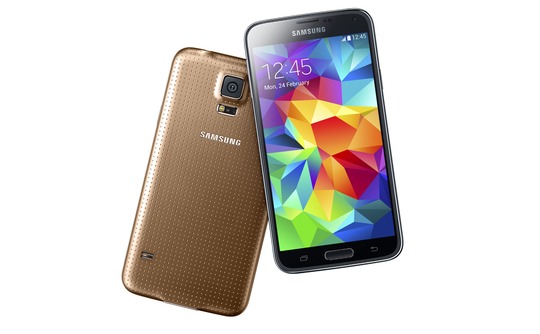 Large phones like the iPhone and this Samsung Galaxy S5 are being targeted for extra checks.

Meanwhile, in the UK, Transport Secretary Patrick McLoughlin told Sky News: “There will be extra security checks but they will be made in the course of events people already go through and I hope there will not be significant delays.”

However, British aviation security expert Philip Baum wasn’t sure that the new security measures would make getting through the airport any easier.

The electronic device scares comes as security officials in the US fear that terror groups could have worked out a way to make bombs hidden in smartphones and electronic devices a lot less easier to detect by current scanners.

There’s no reason to panic though, as the US security officials didn’t give any evidence that this was an 100% confirmed threat. The increased security does seem to be a prudent measure, as more and more passengers carrying these devices are boarding flights each day.

UPDATE: The TSA in the US is now not allowing devices without power to be taken on board flights. This may be due to ‘dummy’ phones being used to conceal explosives. Here’s the full statement concerning phones without power.

As the traveling public knows, all electronic devices are screened by security officers. During the security examination, officers may also ask that owners power up some devices, including cell phones. Powerless devices will not be permitted onboard the aircraft. The traveler may also undergo additional screening.

TSA will continue to adjust security measures to ensure that travelers are guaranteed the highest levels of aviation security conducted as conveniently as possible.