As Caught On Dashcam.. 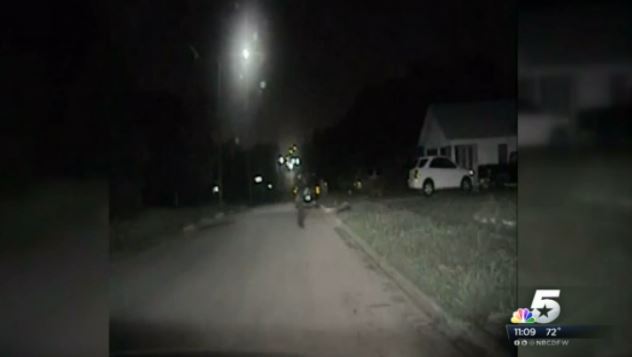 There are many practical and professional uses for owning a dashcam, however the most interesting recordings are usually those that come from the unexpected moments that get caught when we least expect them.

Also See: The Dashcam – What’s it all about?

This week alone has seen dashcam footage surfacing which ranges from the tragic to the truly bizarre. Here is just a handful.

In Fort Worth, Texas a suspected armed prowler was shot by a police officer and the footage was caught on a dashcam in the early hours of day last June. In actual fact, this prowler was a 55-year old man standing outside of his parent’s house holding a barbeque fork, presumably with no malicious intent other than skewering a sausage – at 3:30am in the morning. What made the footage controversial is that the innocent suspect is black, and the police officer is white and in the video the suspect appears to be compliant and kneeling before being shot. Of course, these facts raise all kinds of questions about American law enforcement and it’s claimed that the police officer shouted a racial slur before firing.

The dashcam footage was recorded without sound so this couldn’t be proven, however the Fort Worth Chief of Police chose to release the video to the public anyway in the interest of ‘transparency’ and suggested the shooting was not based on the suspects race, and that the cop involved can be seen surprised by the firing of his own weapon. The 55-year old man is understood to have recovered and said he was actually living in the house with his elderly parents when the incident happened.

Co-incidentally in another incident caught on dashcam, a Fort Worth officer was recently captured pepper-spraying an innocent motorist.

Missile Strikes a Mosque in Syria

A car driven by the activist group Syrian Civil Defence in Damascus caught on a dashcam the terrifying moment in August 2015 when a mosque exploded during a Government missile attack on the town of Douma – north east of the capital. The video has been described as a ‘hell-ride’ and as the car rolls along the already ruined street the dashcam view is suddenly rocked as an enormous burst of flame erupts from the mosque and a crack appears on the glass windscreen while the street is swept by smoke and debris.

It was reported that during this wave of airstrikes, which were held during a ‘ceasefire’, over a hundred and thirty were killed with many more injured. Fortunately this driver survived and was able to share the incredible dashcam footage.

In a change of pace, here’s a very unusual police chase caught on dashcam in North Carolina USA this past Friday. The “perp” in this instance turned out to not be a human criminal – but actually an escaped miniature donkey running amok through the streets of Fayetteville!

At the start of the footage the donkey seems quite calm, and an officer approaches calmly, before disappearing out of sight behind a vehicle. The next we see the officer is sprinting back to her car, radioing in to HQ and the chase really gets going! The animal was finally cornered in someone’s yard and lassoed by a group of cops. An eye-witness report from the owner of the yard says ““I heard a siren go off right in front of the house. I stood up and looked out the window, and there was a cop car blocking my driveway with its lights on”. He adds – “As I am looking out the window processing all of this, a white flash runs past my front window. Then there was an animal control guy running with a rope to catch it.”

An absolutely ridiculous and entertaining pursuit which thanks to a dashcam we can all enjoy!