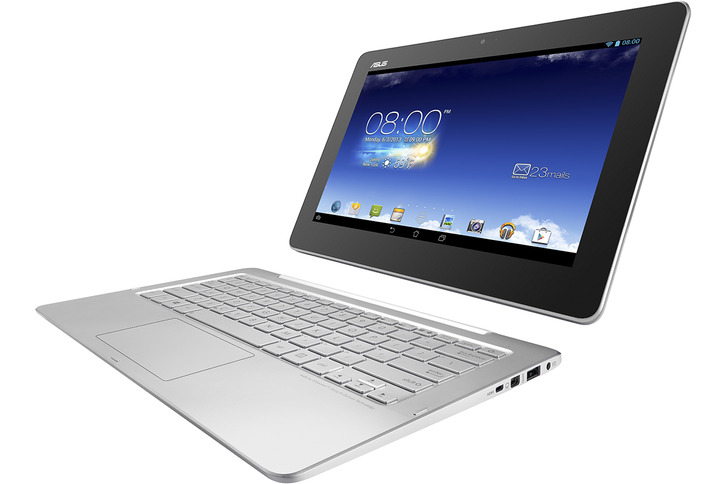 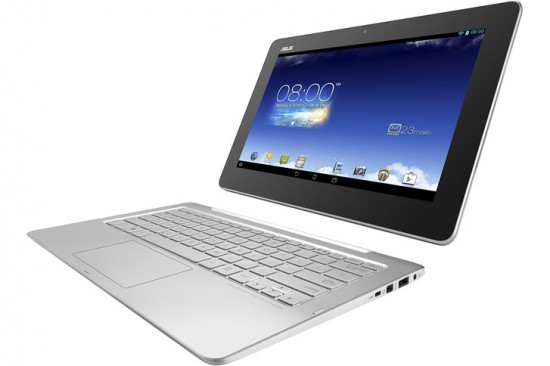 You could say that the Asus Transformer Book Trio has a touch of schizophrenic about it. The device consists of two parts, has two processors, two batteries and even two operating systems. Intrigued? So are we.

As the Transformer name suggests, this device is a tablet-come-laptop akin to the popular Android-based Transformer Pad Infinity. However, Asus has also thrown Windows 8 into the mix just to make things a little crazy. You have a 10.1-inch tablet and a QWERTY keyboard dock, and when the two are docked together you use Windows 8. Disconnect the tablet and the device will automatically switch to running Android Jelly Bean 4.2, which of course is better suited to mobile use. There’s also a toggle on the device which allows you to switch between Android and Windows whenever you want.

A dual OS device needs dual processors, says Asus, and so inside the Transformer Book Trio there is the latest Intel Core i7 processor to power Windows 8 applications and also a 2GHz Intel Atom chip to take care of the Android side of things. Adding to the ‘two is better than one’ theme, there’s also two batteries, with one in the keyboard to provide an extra boost to the tablet’s own battery. Asus reckons you’ll get 15 hours of life from both combined.

There’s also a meaty 750GB of internal storage thanks to a hard drive and room for up to 64GB more in flash memory, so you won’t be running out of room for apps any time soon.

Everything is displayed on an 11.6-inch Full HD display, toting a resolution of 1920 x 1080 pixels, so movies and apps should look great. That screen size categorises the device as a large tablet or netbook PC, we’d say.

We’re not entirely sure why Asus has dubbed the device the Transformer Book Trio, as it’s really just a tablet and a laptop in one. The company claims that the third use is a desktop, but we think they let their imaginations run wild a little when that idea came up.

We’re yet to find out when you’ll be able to buy this two-sided beast, or how much it’ll cost, but stay tuned for an update.