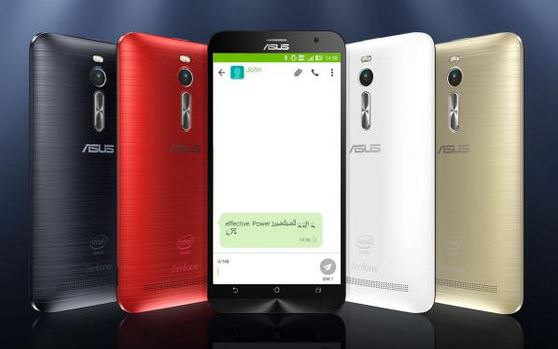 As we’ve reported, Apple iPhone users have been experiencing unexpected shutdown of their devices after receiving a text containing a specific series of characters to their message inbox.

Apple has addressed the issue, offering a temporary fix however this embarrassing blunder has left Apple and its customers at the mercy of online mickey-taking – mostly from gloating Android users.

We’d never expect another manufacturer to take such a blatant swing but ASUS didn’t hang around and posted a mocking tweet stating its own ZenFone smartphones won’t shut down like an ‘iBug’. An accompanying twitpic also shows a current model ZenFone, flanked by a showcase of variant colours, and displaying the offending text message (or #UniCodeOfDeath) with no troubles at all.

Here’s the tweet in question, it’s definitely worth your LOLs on an otherwise dreary Friday afternoon (unless of course you’re an iPhone user!)

Who got these texts lately? If you get this message on your #ZenFone, it won’t shutdown like an iBug. #UniCodeOfDeath pic.twitter.com/9IyTGKxBxw