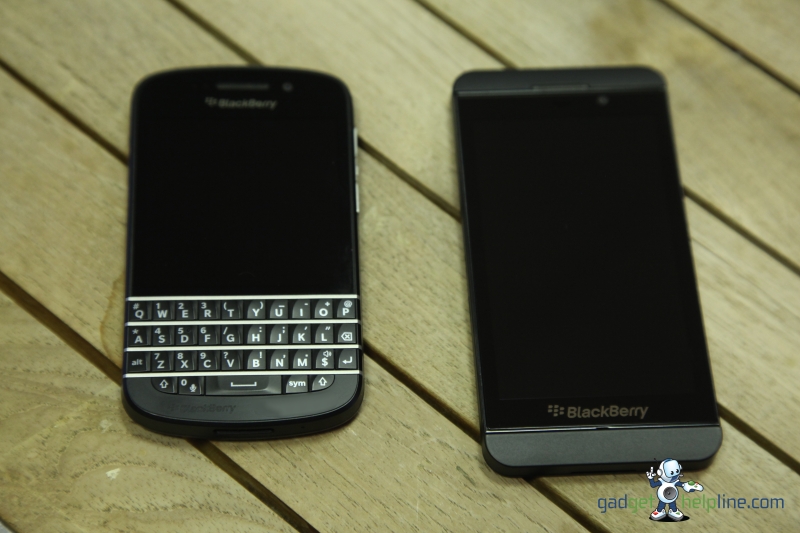 We at the Gadget Helpline have been lucky enough to get our hands on the incoming BlackBerry Q10 smartphone, so being the sharing kind we have taken some exclusive hands-on photos of the new BlackBerry 10-running QWERTY smartphone for our readers.

As you can see from the images, the Blackberry Q10 continues on with the previous BlackBerry’s style and is very akin to the old Bold range of RIM devices.

We also took a look at what the BlackBerry Z10 looked like against its sibling to offer a comparison:

The two handsets do differ in style but both have a common simple black theme that makes the devices (and OS) looks sleek and stylish.

The Q10 sports a sharp 3.1-inch Super AMOLED touchscreen with a full physical QWERTY keyboard for bashing out the emails, texts and BBMs. It also features 16GB of expandable internal storage, an 8 megapixel rear camera and front facing camera for video calls, plus a 1.5GHz dual-core processor.