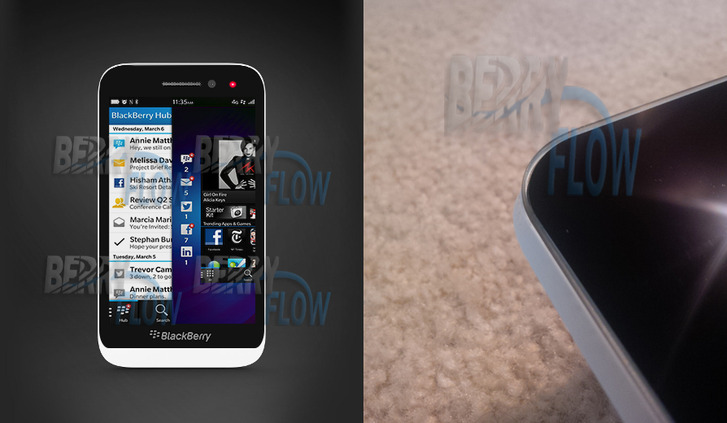 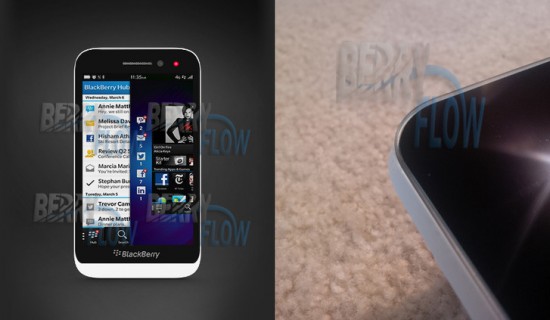 BlackBerry looks set to continue its new BB10 OS movement with its fourth handset this year as some leaked images have appeared online that show that the next BB10 running smartphone will be a budget version for the mid market.

Nicknamed the ‘BlackBerry Z5’ by sources, the handset has leaked in a few images that show what a budget version of the Z10 could look like.

BlackBerry specialist website BerryFlow has gotten hold of the supposed Z5 handset images but there isn’t a great deal of other information regarding what the handset will entail. No specs, sizing or screen information are anywhere to be seen.

There is however a high likelihood that the Z5 images could be a fake, but it does seem sensible for BlackBerry’s next smartphone to aim for the mid-range market. Plus, BlackBerry has previously stated it aims to release 6 handset across 2013, and with the year half way through the company has some legwork to do to make that number.

But as Samsung and Nokia have attested to, a good mid-range smartphone line-up can do wonders for sales as it introduces people to your OS and smartphones without the whopping £550+ price tags. BlackBerry is already making a start on this with the recently announced Q5 – a cheaper Q10 – so a Z5 would absolutely make sense, mimicking the full-touch Z10 but on a smaller scale.

What do you think of the full touchscreen Z5? Would you try BlackBerry 10 OS on a budget phone, or would the announcement of BBM coming to Android and iOS as a standalone app keep you away from BlackBerry’s own OS?