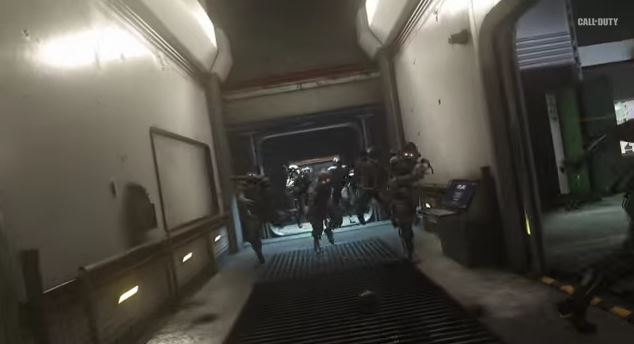 Activision is preparing to unleash the undead once more in a new zombie survival mission for Call of Duty: Advanced Warfare – and as with previous incarnations of this beloved and bloody game mode there’s a star studded guest list offering up the likenesses and voice talent for the upcoming DLC.

To be officially released to all in January, first on Xbox One and Xbox 360, the Havoc DLC pack was teased in a video package and introduces new weapons to be used in the COD:AW gameplay as well as the first chapter in the Exo Zombies storyline.

Headlining the cast of playable characters is seasoned thesp John Malkovich who has appeared in numerous films including Con Air, Of Mice & Men and Burn After Reading. He’s joined by cult favourite Bill Paxton – best known for his ‘Game Over’ line in Aliens, former Mrs. Marilyn Manson and Planet Terror actress Rose McGowan and The Walking Dead’s John Bernthal who has faced up against the undead before as the devious Shane Walsh in seasons one and two, before meeting a grizzly fate and popping up again in The Wolf of Wall Street.

Despite a collection of skills in their previous roles, including Colonial Marine training (Paxton) and a machine gun leg (McGowan) in the Exo Zombies DLC the characters are said to be untrained Atlas employees who must stay alive with minimal combat abilities making the game mode more survival horror than a straight shoot ‘em up.

Havoc will be the first DLC for Advanced Warfare and season pass holders can get hold of the new weapons right now as a prelude to the full release next month.