Eyefluence – Controlling AR With Your Eyes 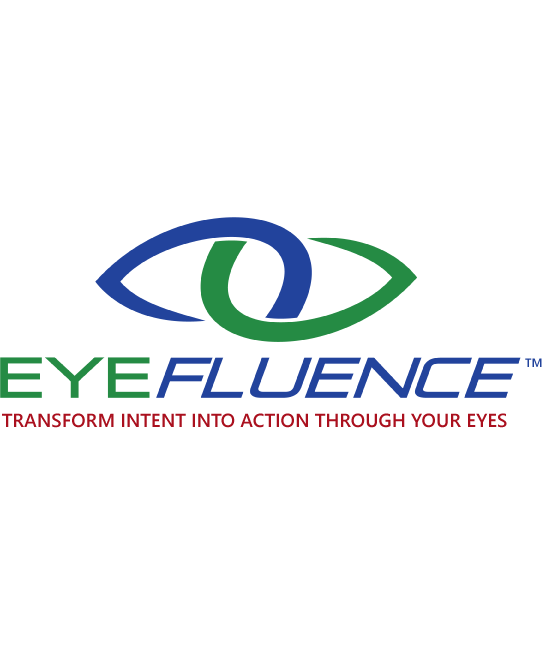 Tech comes and goes in relatively frequent cycles. Sometimes they enrich our lives and sometimes they flop in spectacular fashion. Pokemon GO has taken the world by storm which is kind of expected when you consider it is the first of its kind that has been taken up in such a global way. It is pretty much the Pacman of AR games; no matter what happens with the technology or the games developed from it, this will be, most probably, recalled nostalgically as the first they enjoyed.

Okay, imagine you are wearing sunglasses that are paired with your device. You are walking along in the park and a Charizard pops out on you. By the time this tech is available and has been condensed down to allow integration into small devices like your glasses, you should be able to look at the Pokemon to catch it and throw balls too… No more clicking or tapping, you will be controlling AR with your eyes. Obviously we are speculating but this could well be possible.

The gadgethelpline got in touch with some of the people working on this emerging technology at the silicon valley startup – Eyefluence and they graciously accepted to answer a few questions for us.

AR and VR devices are estimated to reach 97 million units sold by 2020. We believe all AR and VR devices will have eye-interaction within the next 3 years, which will open up a broad range of applications that will change the way we interact with technology, information, and each other. The eyes are the fastest moving organ in the body, moving at 900°/sec. Capitalizing on that, our technology enables users to transform intent into action through their eyes on a head mounted display (HMD) at a rate approaching the speed of thought. Our purpose as a company is to expand human potential and empathy by fundamentally changing the way we think, learn, communicate and connect.

We’ve seen a shift in the HMD market from a general curiosity about eye-interaction to a definitive need. At this point, HMD manufactures are recognizing that eye-interaction is a must-have for the future generations of their products, so it’s no longer a question of IF they need it, it’s how fast can they get it. You can expect to see future generations of AR and VR HMDs with eye-interaction, and with these products will come a broad range of new applications uniquely enabled by the ability to interact with information with your eyes.

Eye-tracking systems comprise of a stack of technologies including optics, imagers, and illumination, and a suite of algorithms and heuristics, processed with data filtering, and realized through a user interface that provides an intuitive, efficient, easy, sensual user-experience. The number of cameras used depends on the type of HMD. A monocular display, such as Google Glass or the Vuzix M-100, would only use one camera to track one eye. A binocular display would most likely use one or more cameras per eye so that the gaze of both eyes is tracked. With binocular tracking, you are able to determine not only x and y coordinates, but also z (depth) where the 2 gaze vectors intersect or converge.

Every action begins with intent. We have studied the biomechanics of the eye and the eye-brain connection and developed a completely new interaction model, which we call the iUiTM that transforms intent into action through your eyes. Our algorithms are designed to filter out natural random movements of the eye and to use purposeful and non-purposeful eye signals to enable the user to navigate, control and engage with the interface without winking or waiting, just by looking.

Our eye-interaction technology is being integrated into the next generation of AR, VR and MR HMDs, so these products will have eye-interaction built into them. We are developing an SDK which will enable developers to create applications with the guidance of the simple principles that enable our iUiTM.

No, your interaction speed is limited only by your rate of thinking and looking.

The 3 areas of the consumer market we’re most excited about are ecommerce, entertainment, and social applications.

Eye-interaction turns the world into your store, letting you purchase items you see and desire, and allowing you to complete secure transactions using Continuous Biometric Identification (CBID). For entertainment, we believe the Language of Looking will revolutionize the way stories are told in VR, turning the audience into a direct participant in the story rather than a passive observer. We also have some ideas on how eye-interaction will transform the AR and VR gaming experience. Social applications will use the way we naturally engage through mutual eye gaze to enable us to share information, communicate, and connect in real or virtual worlds.

AR technology with eye-interaction will impact the nearly 40 million hands-free deskless workers in the US and worldwide. By enabling an engineer on an oil rig to complete a maintenance checklist using eye movement to enter data or a surgeon to monitor a patient’s vitals without risking contamination of the device, for example, eye-interaction empowers workers in the field with rapid access to information on demand, making them safer and more productive.

VR technology with eye-interaction will enable people who work in information rich-environments, for instance software programmers or stock brokers, to access, navigate, and share information as fast as they can think and look. Without the screen real estate constraints of 2D monitors, VR creates a 360 degree environment in which you can accelerate your thinking, learning, decision-making, and ultimately intelligence.

Our thanks goes to Eyefluence for sending us such fantastic detailed answers and we are looking forward to seeing this technology begin to appear in the VR/AR marketplace.