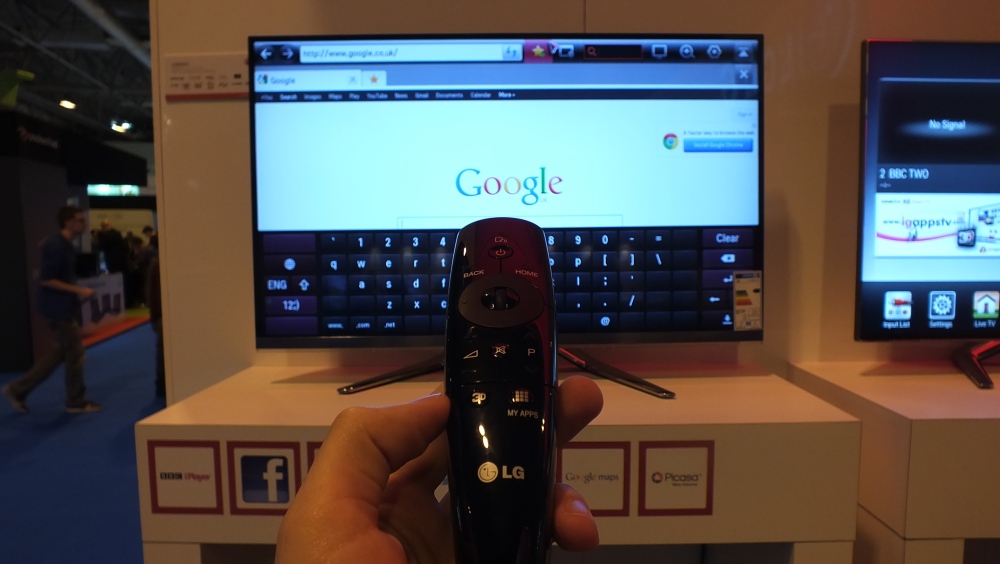 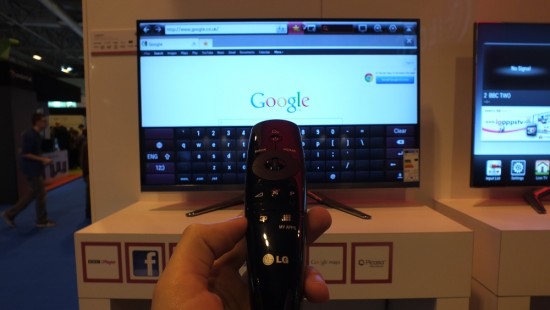 This year’s Gadget Show Live brought out the latest in TV tech from the likes of LG and Samsung, and we made a stop at the LG booth to get some eyes-on time with their fantastic new Cinema 3D Smart TV range.

The new range – comprising of the LM660, LM760, LM860 and LM960 models – bring together the latest in Smart TV features, 3D technology and a stylish and slim design. One key feature that is being touted by LG at the show is the new Dual Play for gaming. This clever feature uses 3D to overlay split screen gaming into one picture, which is then filtered out to each player’s 3D glasses – player one sees one screen and player two sees the other – no more screen hacking! It’s tricky to capture on video but have a look at our video below, where you can see how each lens filters out a different image.

All models in the range are finished in stylish silver with the white and red LG logo glowing in the centre of the bottom bezel, which we thought was a nice touch. The bezels become progressively thinner as you make your way up the range, ending with the LM960 which has an almost non-existent edge to the screen.

While these models are all LED screens, the side profiles aren’t the thinnest we’ve seen in the LG market. That said, they’re still around 1cm and will barely stick out if mounted on your wall.

Our favourite aspect of LG’s latest tellies is by far the intuitive Magic Remote, which works just like a Wiimote with motion control capabilities. It’s incredibly smooth and easy to use, and we even thought it was better than the Wii’s own motion controller when we tried it out. The remote is shaped to fit your hand perfectly which makes motion control really easy and the remote itself comfortable to hold for extended periods of time.

If motion control isn’t your thing, the remote also features a scroll wheel which can be used to navigate through the TV’s smart and colourful menu, with a click of the wheel selecting an app, on-demand service or input, just as you would do with a computer mouse. While the remote offers basic functions such as volume, channel, power, 3D and access to the app menu, you also get a regular TV remote with every function on – it’s nice to have the choice.

LG’s new Cinema 3D Smart TV range is on sale in the UK now, and for those heading to The Gadget Show Live this weekend, you’ll find them on display right as you enter the main doors. 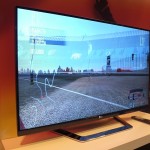 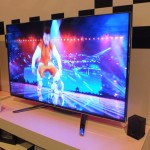 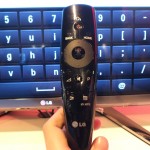 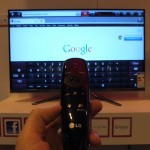 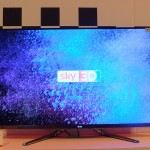 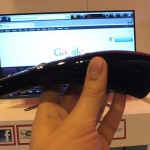 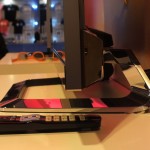