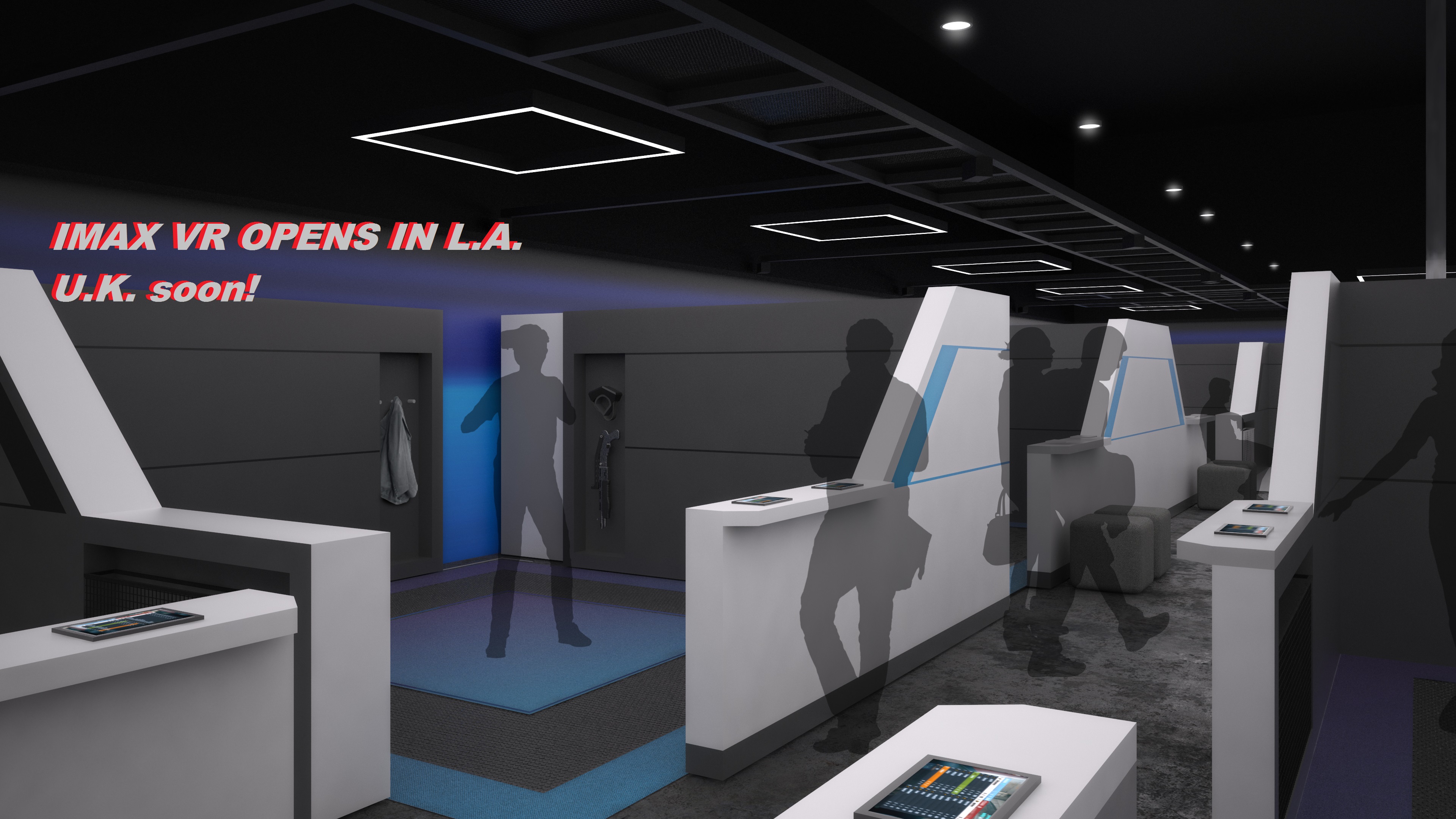 The shift in entertainment could well be on its way, IMAX have jump started mass VR usage by opening their first IMAX VR in Los Angeles.

IMAX plan to open a lot VR theaters in the near future, they wont be quite what you were used to though if you are a regular at your nearest IMAX.
There will be no huge screen wrapping around the room, no rows upon rows of seating. Don’t get us wrong though, there will still be very comfortable chairs. Not only comfy chairs but chairs with accompanying powerful VR headsets boasting a 210° view area.
IMAX aim to bring VR to the masses who may not be able to afford the high prices for their own VR system. Now everyone can experience VR for under $10!

Not only headsets and comfy chairs though; a futuristic lounge hosting room scale tracking, head to head multiplayer and devices with haptic feedback, think chest vibration and you are close. No matter what happens in that battle you will be feeling it (minus the pain of course).

So, once you have your ticket purchased head on down to your local IMAX VR, enter your VR area of choice (pod), strap on your headset and say goodbye to your current reality for the next hour or so!

Depending on the experience chosen you will be donning either an HTC Vive or StarVR headset.

The recently opened theater in L.A. is offering StarVR and Vive as mentioned earlier. These are installed in 14 isolated pods. The pods themselves include a Dbox chair, physical controllers and a Subpac vest.

Punters will be able to buy full experiences individually or go for a pick ‘n’ mix if they just cannot decide what to choose (IMAX VR Sampler), this will give the user a wide range of VR experience in one sitting.
The new theater will be offering a good variety of games and movies including titles such as Eagle Flight and John Wick Chronicles not to mention Star Wars: Trials on Tatooine!
IMAX plan to be adding much more content over the coming months and they aim to open one in The U.K. too.

“It’s a complex ecosystem that’s in need of a jump-start, and we’re here to start to provide the spark.”
Richard Gelford – CEO IMAX Corp

Richard Gelford speaking to LA Times about the new theater