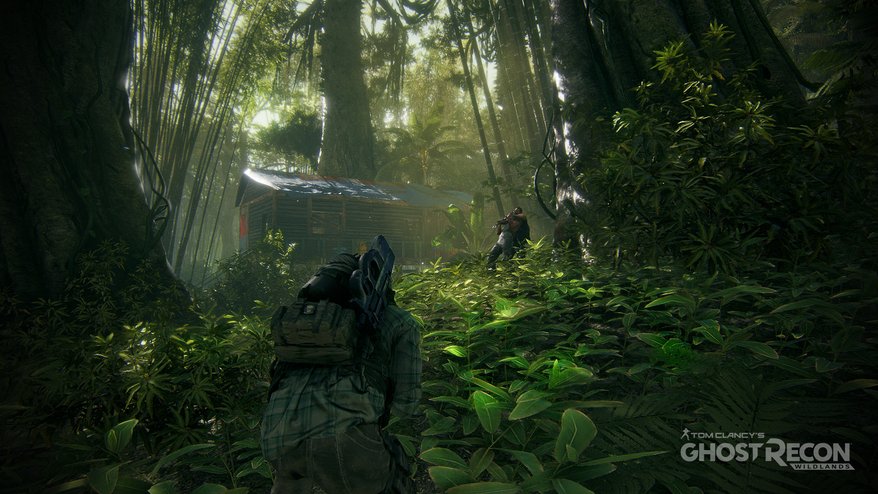 Ubisoft never fail to show us something massive at E3. Last year it was Rainbow Six Siege, the year before it was The Division, and this year it’s Ghost Recon Wildlands (none of these games are out yet but a concepts almost as good right?).

Ghost Recon Wildlands is an open world military shooter that looks like a cross between old Ghost Recon and ARMA just much better looking and far more chaotic. Four players occupy this giant world simultaneously and come together to tactically figure out these multi-part sandbox-style missions its fluid and it’s huge. 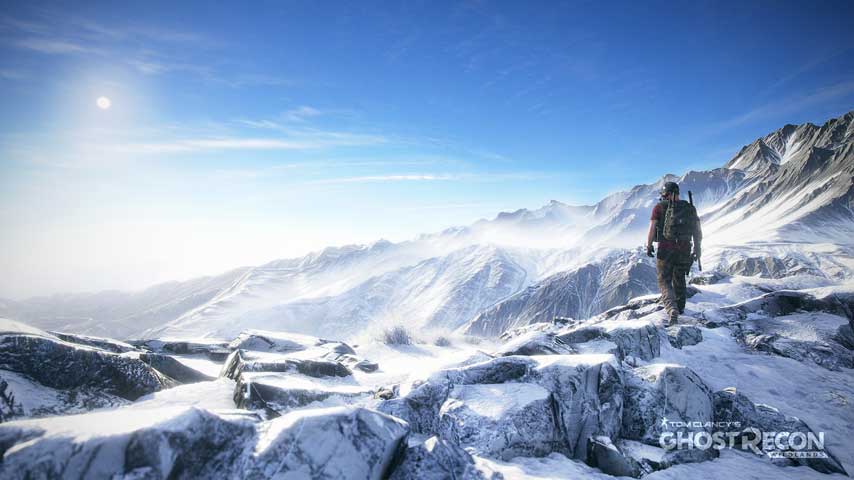 Ghost Recon Wildlands is set in a Bolivia and as with any good shooter a drugs cartel has a stranglehold on the government, turning this part of the world into a drug state. This live demo had four players in different parts of the open world: one was driving on white salt flats, another was in a canyon of red-coloured rocks, another is chilling in the mountains, and the fourth player is in a bright green jungle. The point Ubisoft is illustrating is that players are free to do whatever they want in this shared open world while co-existing within it, and that it’s got a fair amount of visual identity for what is Ubisoft’s biggest environment ever created. That’s an important point to clarify, Ubisofts biggest ever environment, they made FarCry 4 and Assassins Creed Black Flag both of which are ginormous.

The mission they showcased was to kidnap an informant called Alvarez, who works for a crime boss called Nina Flores. The team starts by saving some hostages, taking one of the takers out and “interrogating” another to get Alvarez’s location. We then jumps across the map to an enemy-occupied village, where a massacre has been staged by the cartel in its outskirts you know, so we know these are the bad guys. This is when we discover every vehicle in the game is up for grabs, from buggies to aircraft to boats (please be an airboat).

Later Ubisoft points out that there’s also the option to sneak in at night, and that weather conditions have an effect, too. “Well, what we have is a living, breathing world with its own ecosystems,” says lead game designer Dominic Butler. “With bad weather conditions—we’ve got rain, low visibility at night, our detection for AI will be reduced. It’s going to give the Ghosts lots of opportunities. We’ll have some elite soldiers who are countermeasures to this, the ghosts also have a set of countermeasures. It’s really up to the player how they want to approach, what tools they want to utilise. Sometimes it’s going to be environment, sometimes it’s going to be the tools we give them.”

Later the players split up again when one base jumps from a chopper, Ubisoft have gone all out on the choice here, I thought GRAW was great with its huge weapon choices, but this well this is true freedom and I hope that holds true the end. To be able to entirely pick your angle, location and strategy, it’s not something you can really do outside of pure military simulators.

You will notice XP racking up in the top right hand corner of the screen, progression will most likely play a big part in Wildlands. Ubisoft are keeping quiet on that though. “At this stage, all we can say that choosing your tools and levelling up is clearly part of what [our] special forces will do,” says senior producer Nouredine Abboud.

Dominic Butler had this to say: “It’s more than it’s an open approach—what we try to do is give the player a goal, a singular objective, that’s clear to them but open to interpretation as to how they want to achieve it. So rather than say ‘do A, B, C, D’, we just say ‘do A’. It’s up to you how you do it and give them a wealth of options on how they do it.”

Check out the trailer here: