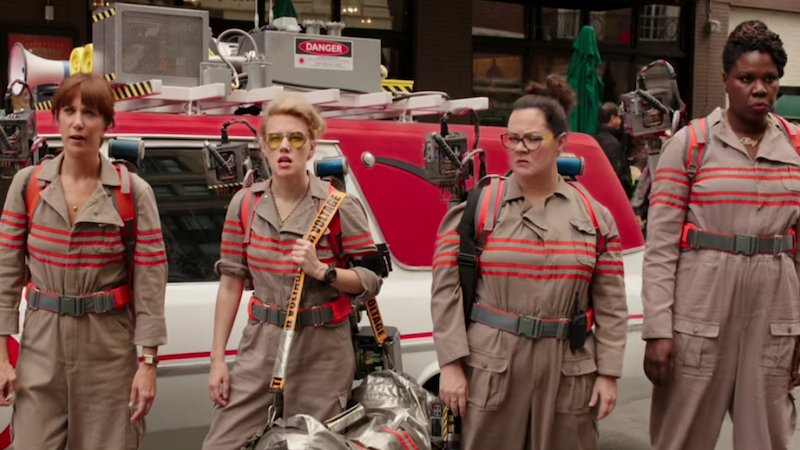 Leslie Jones, black female stand-up comedian and one of the actresses in the recently released Ghostbusters revival film has exited Twitter after receiving a terrible torrent of racial abuse – bringing mainstream attention to an issue that is rife on social networking.

Yesterday Jones sent out a final tweet from her account @Lesdoggg which read “I leave Twitter tonight with tears and a very sad heart. All this cause I did a movie. You can hate the movie but the shit I got today…wrong”

The star of Saturday Night Live in the US says she received malicious and racially offensive tweets calling her “Apes” and other slurs and sexually inappropriate images were send to her some of which used her own photos. It’s obvious that haters of the new Ghostbusters movie have not been quiet about their feelings, but there’s a huge difference between not liking a movie and voicing an opinion and targeting someone because of their race. In an earlier tweet Jones said “I’m tryin to figure out what human means. I’m out.”

The inexcusable abuse highlights the power people are given with social networking and the internet – everybody has a voice and sadly some choose to be complete a**holes because a lot of the time they know the anonymity will protect them. And it’s true that much of the time this goes unaddressed.

It’s sad that the abuse of such a high profile Twitter user and a public figure with 260,000 followers has to be the reason this has become a mainstream topic with the hashtag #LoveForLeslieJ being shared by thousands of Twitter users and her fellow celebs. But thankfully because of it Twitter CEO Jack Dorsey has now stepped in and is requesting that Leslie Jones contact him directly (via DM no less).

Hopefully (and we do hope) this mean the offenders can be identified and some kind of penalty can be dealt out, and this might kick start a more vigilant stance on Twitter trolls who affect the lives of people from all walks of life.

Here in the UK there are guidelines on prosecuting cases involving communications sent via social media provided by the Crown Prosecution Service which cover Hate Crime, Violence Against Women & Girls and Communications which are Grossly Offensive, Indecent, Obscene or False – to name but a few.

To review the guidelines visit www.cps.gov.uk and if you yourself are a victim of cyber bullying you can find advice and support at a number of resources including www.bullying.co.uk.

When there’s something strange with your smartphone or tablet, laptop, PC and any other household technical products – Who you gonna call? Hopefully it’s our team at the Gadget Helpline! Check out our membership benefits and Sign-up today for a 30-day trial!