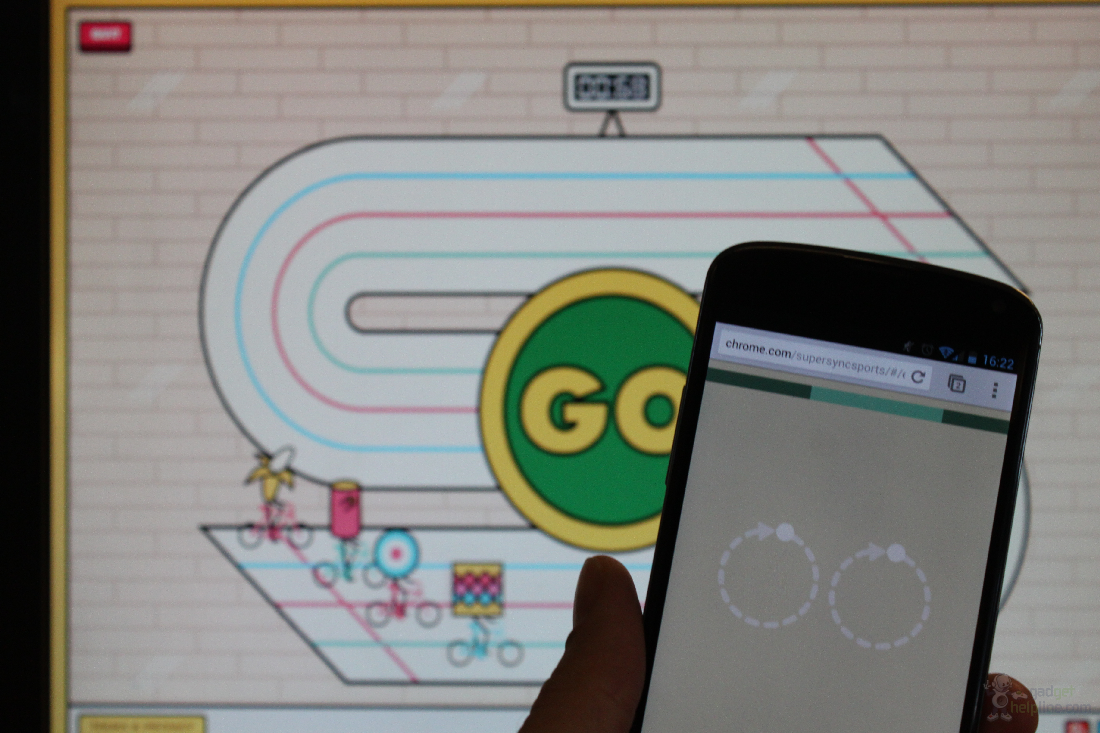 One of the great things about having a massive company like Google in the world is the amount of time they can afford to put into making fun games, apps and other websites. To promote the sync feature in its Chrome browser Google has just launched Super Sync Sports, a web-based game that you can control using your smartphone.

All you’ll need to play Super Sync Sports is a computer of some sort with Chrome and a smartphone with the Chrome app installed, with an internet connection of some sort on both. Chrome’s Sync feature means that whatever you do with Chrome on your phone can be linked to Chrome on a PC or Mac.

Three games are available to play; Running, Cycling and Swimming. All are very simple but fun to play, requiring you to frantically repeat a certain gesture on the touchscreen of your phone in order to control your chosen character on screen, racing them to the finish line ahead of computer-controlled rivals.

Setup is pretty straightforward – visit chrome.com/supersyncsports in Chrome on a PC or Mac, then enter the URL and code shown in Chrome on your mobile device, which can be Android or iOS.

The great thing about these games is that you can get up to three friends to sync up with the same PC and have multiplayer races, which here at Gadget Helpline have already kind of dented our productivity – four grown adults frantically swiping their phones and in a huddle does look a little odd though.

If your mates are browser snobs and refuse to use Chrome on their phones there’s always single player with the incentive to get the fastest times and get yourself on the leader board for the world to see.