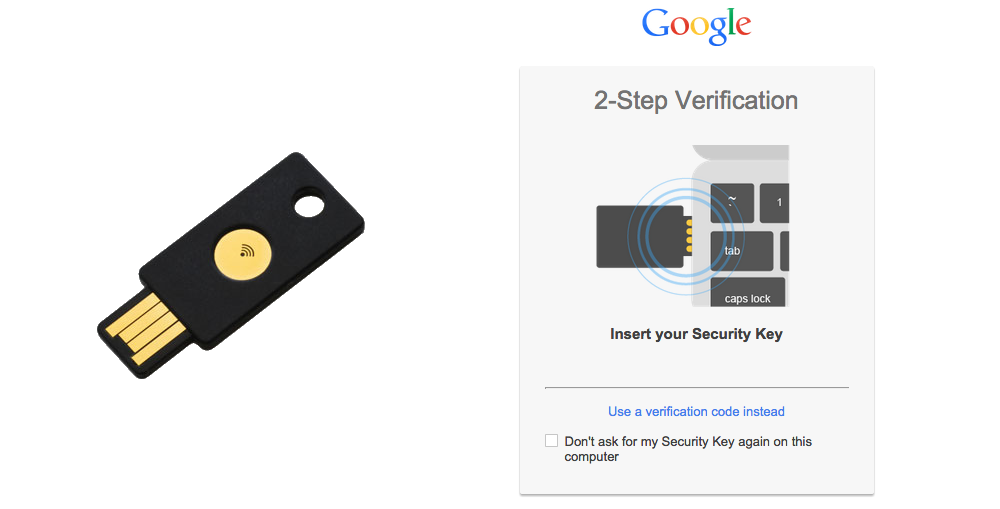 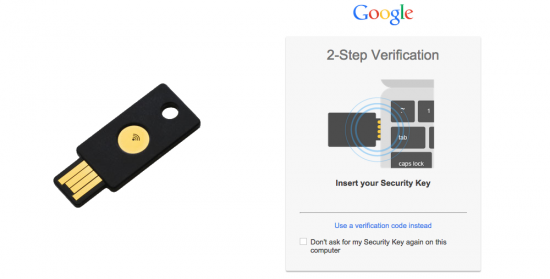 Account security has been at the forefront of the media recently with accounts being hacked and personal information being leaked here, there and everywhere. It’s no wonder Google are actively trying to promote two-step authentication and have done for a while now. Well they’re about to take it a step further with the use of a Google security key to be used when authorising Google accounts and Chrome.

The Google security key works in a way that means you don’t need to enter a password or code. You’d simply connect the key to your laptop or computer via the USB port and press the key’s button when prompted on screen to authenticate access.

Google insist that this technique will near enough eliminate the possibility of your details and cryptographic signature being phished, as opposed to 2 step verification where the risk is slightly higher, but still unlikely, if they were to divert you to a fake site. Overall the security key will offer a much higher level of safety.

This method of authenticating is however is only available on PC’s and laptops (including Macs) if you’re using Chrome and running version 38 or higher on Chrome OS, Windows, Mac or Linux. However on mobile devices and tablets it’s obviously not going to work due to lack of a USB port.

The option of using a USB key is probably more likely to be utilised by businesses rather than by people’s personal accounts, mainly due to the extra data stored and the risks in place.