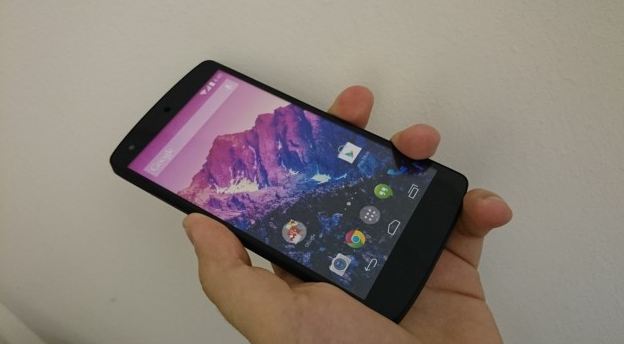 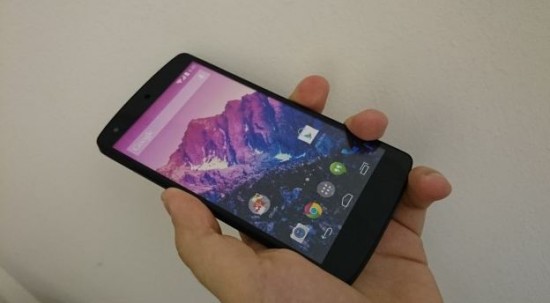 Google’s much-leaked Nexus 5 must be very close to becoming official, as in the last 48 hours we’ve seen numerous snaps of the phone posing with proud owners or finders online.

Gadget fans in the UK, Ireland, Switzerland and other countries have been posting snaps of the new phone recently, with an AMA session on Reddit also throwing up some new information about an iCloud-style backup solution which is brand new in Android 4.4 KitKat.

The AMA session revealed some cool new features from Google’s new OS and confirmed plenty more. The most interesting part is the ‘complete backup solution’ which apparently not only saves your contacts, pictures and other files but will also save your custom settings and progress for each individual app on the phone. This would in theory mean that swapping phones or upgrading means you won’t ever lose progress on a game you’ve already been playing for months – hallelujah! 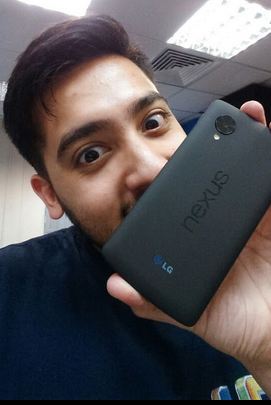 Android 4.4 will update almost immediately to 4.4.1 upon using the new Nexus 5, we’re told, with the update offering a whopping 100GB of free cloud storage space with Google’s Drive service. This is likely to be the way in which Nexus 5 owners store their extensive device backups and will mean that upgrading or switching phones will be a doddle.

On the downside, the user notes that the camera isn’t much of an upgrade over the Nexus 4, which itself had a distinctly average camera – “don’t expect anything like the s4/iphone 5s” is the low-down.

Other than a brief review coming from one Redditor who got a brief hands-on with the Nexus 5, we’ve also noticed some pictures of the phone in the flesh popping up online. The below image looks to be taken whilst taking out a phone contract in a store, but we could be wrong.

Google is expected to officially announce the Nexus 5 on November 1st, so it’s likely that the landslide of leaks will continue until then. 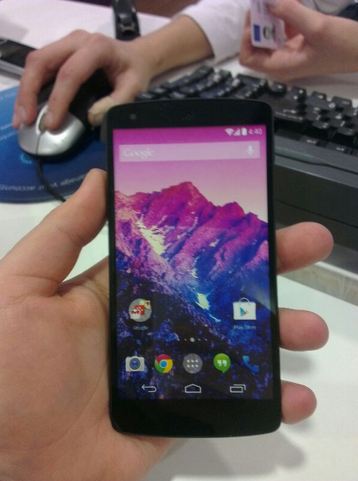