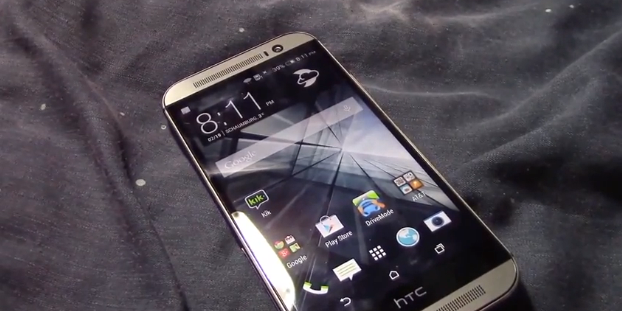 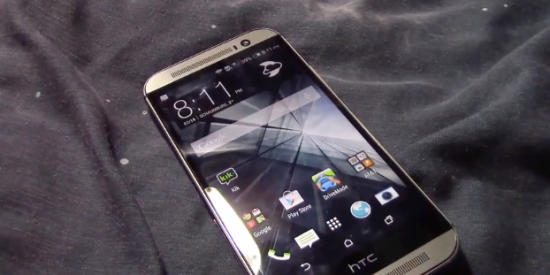 HTC is all set to launch a new top-end device on March 25th, and from the usual leaks and rumours we have a good idea as to what’s in store: a new and improved HTC One.

The device, which has gone by many names including the HTC One (M8) and “the new HTC One”, or even the HTC One Plus, and looks to be an incremental improvement based on the original One. We’ve been given a glance at it courtesy of some official-looking stills from @evleaks but now a youngster has treated us to a full 12 minute video review and comparison with the original HTC One.

GadgetReviews posted the video, which shows what we’re almost certain is the new HTC One alongside the current model. The young voice claims that he gets most phones early and makes a vain attempt to cover up some serial number stickers on the back of both devices before proceeding to show off the new design and the phone’s inner workings, which consist of Android 4.4 KitKat and Sense 6.6.

What is that camera for?

Design-wise, the phone is almost the same but with much more rounded corners and edges, and is slightly taller. The all metal body now has a brushed finish (which we like, very much), and the home and back buttons have moved from below the screen to on the screen. We also finally get a good close-up look at what will undoubtedly be the new One’s most intriguing feature: dual rear cameras. The main rear camera is the same size and in the same place, whilst a smaller lens has been added above. The phone fondler in the video doesn’t know much about the phone in general and unfortunately can’t reveal much that we don’t know about the camera arrangement, which is expected to take two separate images and overlay them both to create a super-sharp and clear final product.

Once the phone gets fired up we get a glance at what HTC’s software will be like going forward, with KitKat getting a lick of paint courtesy of the company’s own Sense user interface. BlinkFeed has been redesigned somewhat, the system tray now ‘floats’ on the background with an air of transparency, and the camera app has been redesigned to include a ‘Selfie’ mode and new look interface.

The phone shown in the video matches up with the image leaked via @evleaks and appears to be legit, rather than being a developer version which tend to be disguised in a plastic casing resembling the original HTC One. We’ll find out all about the new HTC flagship at the end of the month.