Play Games on 4 Walls With RoomAlive 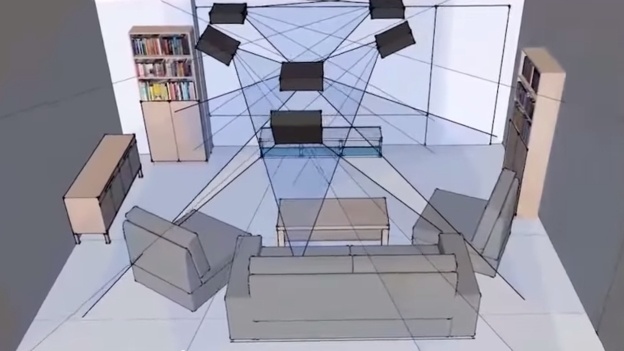 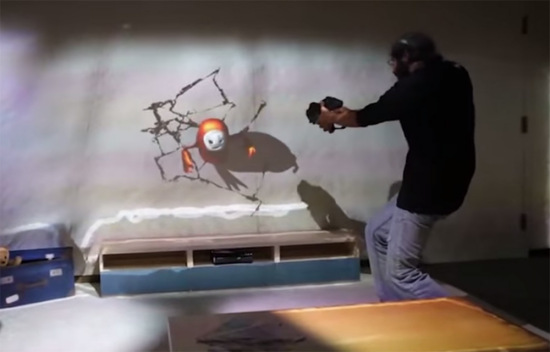 In the current climate of virtual reality headsets and eyewear with heads up displays, it seems that projection technology has been largely left out. Indeed, not many innovations in projection have arrived for a good few years.

Microsoft seems to agree, as we’ve recently heard that a projector based gaming system is in the works from the company, based on their previous IllumiRoom technology. No, it has nothing to do with the Illuminati.

IllumiRoom has been refined since it was last seen back in 2013, and Microsoft is please to re-preview the device under a new name – RoomAlive. Whilst the name isn’t the most imaginative, the device itself is pretty cutting edge – projecting images onto all the surfaces of a room, apart from the ceiling. This allows the user to shoot enemies and dodge objects and traps.

How does it work though? Well, RoomAlive combines the Xbox One Kinect sensor, or to be precise, a few Kinect Sensors, as well as an array of projectors. The Kinect sensor includes the ability to sense the exact position of a human body, in three dimensions, as in horizontal left/right, vertical up/down and also close/far away, or depth. This feature allows RoomAlive to create the illusion of a totally immersive world. It might be painted over flat walls, currently at a very low resolution, but it’s a good step forward. 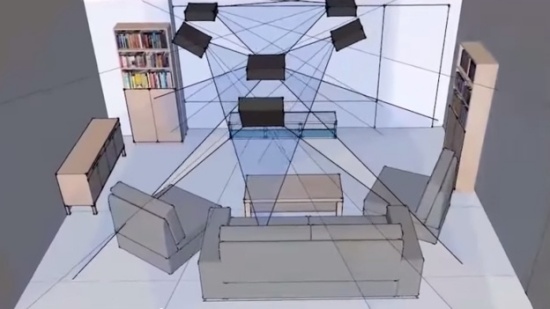 According to Microsoft, “RoomAlive is a proof-of-concept prototype that transforms any room into an immersive, augmented entertainment experience. Our system enables new interactive projection mapping experiences that dynamically adapts content to any room. Users can touch, shoot, stomp, dodge and steer projected content that seamlessly co-exists with their existing physical environment.”

Not only does RoomAlive feature the ability to detect a person and where they are, but it also is able to scan and map the topography of the room its being used in. The device can detect the size and shape of the walls it needs to work with, and apparently it’s also auto-calibrating and self-locating, mapping the room in just a few minutes with minimal input.

Currently, RoomAlive is a bit of show and prove on Microsoft’s part. The product is more of a proof of concept from the company, showing off just what their technology is capable of. You can check out RoomAlive in the video below.