The Multi Screen Experience: The Rise of Smartphone, TV, Laptop and Tablet Multi-usage 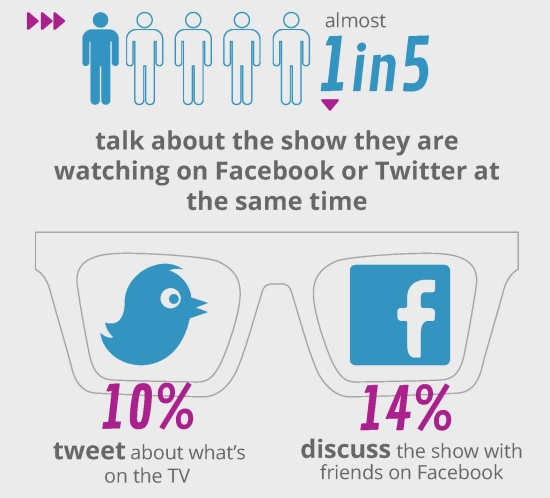 With much of the recent development cycles of a wide range of technologies focusing on the concept of convergence, the idea that one single device would eventually replace everything else is finally looking like something of a dead end.

Although the continued growth in the capacities and capabilities of smartphones have all but destroyed the mega sales of both digital cameras and standalone MP3 players, the ways in which consumers are actually using devices points towards a healthy future for separate form factors and specialisations.

The fact that many of us now use more than once device at a time has been brought into focus by the results of a new study commissioned by GAME.co.uk. The research found that eight in ten Brits now use a phone, tablet or laptop whilst they are watching the television, and share their opinions online about the programme they are viewing.

Of the 2,000 people who took part in the survey, 79% said they regularly spend time in front of the TV with their phone, laptop or tablet also on the go. This so called ‘double screening’ is taken one step further by 46% who also said they have times where they are use two more gadgets at once.

The impact of social media plays a part, with almost one in five saying they talk about the show they are watching on Facebook or Twitter – one in ten tweet about what’s on the TV and 14% chat with friends on Facebook.

Although the current trend in television sets are for increasingly convergent ‘smart TVs’ it seems that consumers prefer to use a range of devices at the same time, each having a specific use at that moment even if they are capable of multiple actions across a wide range of applications.

With more than a third of the people who took part in the survey claiming to do their online shopping whilst watching TV, a further one in five plays games at the same time. The emergence of ‘second screen gaming’ has been recognised in the development of the PS Vita, which has been designed as a companion device or second screen device for the PS4.

As the major players in the games industry are particularly vulnerable to competitors gaining a technological advantage, it is no surprise that they are leading the innovation to provide an ever more immersive experience.

Commenting on what the study’s results mean for the gaming industry as a whole, Chief Digital Officer at GAME Retail Ltd Ian Chambers, said:

“Digital technology is advancing at an incredible pace and we’re constantly developing all our channels to make sure we’re delivering for our customers. The evolving digital environment brings together so many aspects of life: gaming, entertainment and day-to-day activities like doing the shopping. It’s no surprise this study highlights how commonplace triple screening is today.”

The seemingly inexhaustible appetite amongst gamers in particular for a multi-input experience means that however much the development of the smart TV concept takes on the role of a truly convergent interactive entertainment centre, it looks likely that standalone games devices will be here for the foreseeable future.

“We’re seeing rapidly changing consumer behaviour and the digital evolution is a huge part of that. It’s now the norm for people to engage with multiple devices in front of the TV – whether that’s watching your favourite programme or playing the latest games,” explained Chambers.

“At its heart, multi-screening is about making every experience richer – and that’s happening with gaming right now as we move into the next generation of consoles. Boundaries are being pushed as second screen apps are being used to add extra depth to the gaming experience and the Call of Duty Elite app is a great example – it brings a whole new element to Call of Duty: Ghosts for the gamer,” he concluded.