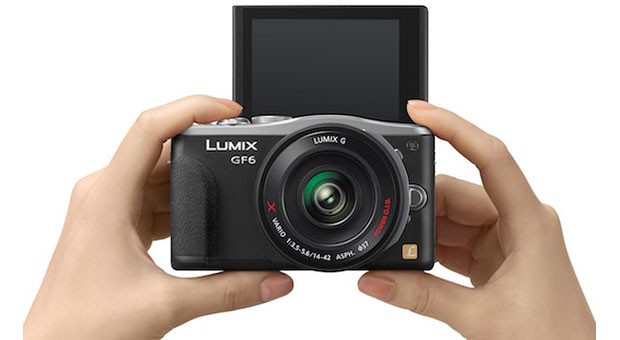 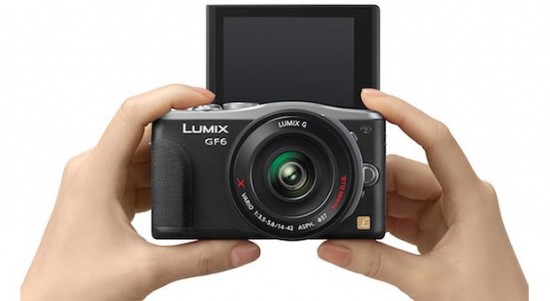 Panasonic has revealed a brand new Micro Four Thirds camera, the Lumix GF6. Building upon last year’s impressive GF5 model, the new camera brings in NFC and Wi-Fi connectivity as well as a host of other improvements.

Intended to be Panasonic’s flagship compact system camera for 2013, the GF6 features both NFC and Wi-Fi connectivity to allow smartphone and tablet users to quickly and easily share snaps from the camera on other devices. Touch an NFC compatible phone or tablet to the camera and you’ll be able to send your snaps wirelessly from the camera to it – simple.

NFC isn’t only intended for file transfers, and Panasonic hopes it will help smartphone and tablet users have extra control over their cameras. With a downloadable app you’ll be able to pair a phone or tablet to the GF6 and control it remotely, which sounds perfect for those self-timer group shots!

Whilst wireless connectivity looks to be Panasonic’s new focus – pardon the pun – there’s plenty else going on with the new model. A flip-up touchscreen is now on the back, which is a popular feature on this type of camera, and there’s also now a dial mode to be found on the top of the camera. Panasonic says that feedback from its previous GF3 and GF5 models told it that the cameras were too simple, so it’s thrown in more manual control options to suit the more advanced photographer. 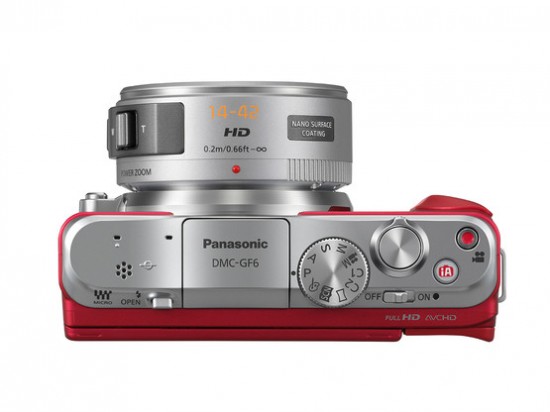 There’s also a new image sensor at the core of the GF6 – a 16 megapixel Live MOS sensor, the very same one found in the Lumix GX1. Panasonic says you’ll see less noise when shooting at higher ISO levels, faster auto focussing and speedier image processing thanks to this sensor.

It’s still intended to be a fun camera, however, as is indicated by the addition of 19 fun Instagram-style filters that can be applied to shots for some artistic flair. Combine that with portability thanks to the small size and you have a camera that will suit the beginner and the budding professional.

The GF6 comes paired with a 14-42mm compact lens and is priced at £499, available here in the UK later this month. Black and white versions will launch first, followed by red and brown models.