Big shady government organisations are much more common in the US than here in the UK. More often than not, the biggest ones are quite opposed to the idea of tech companies embracing new ways to keep user data out of the hands of government snoopers, with some new mobile phones possibly being ‘snoop-proof’ due to the encryption.

James Comey, the current director of the FBI, America’s most venerable government agency, has spoken out in protest at the new wave of encryption protocols being employed by tech companies when files are shared, especially since, in his eyes, these secure mobile phones represent a threat to American security.

Comey made it clear that the new methods, such as those employed by Apple in the new iOS 8 on the iPhone 6, would make it even more difficult for his agency and others to get their hands on user data, even if a lawful warrant to do so had been issued by a judge. 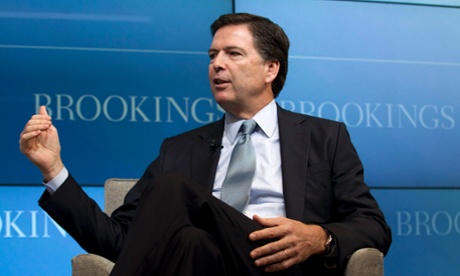 “Criminals and terrorists would like nothing more than for us to miss out,”

“Encryption threatens to lead us all to a very, very dark place.”

Whilst insisting he’s not a ‘scaremonger’ Comey’s points do echo the general concern in larger US agencies that the encryption will make it harder for them to track down evidence which could be used to put terrorists behind bars.

However, the latest edict from the United Nations has elevated people’s privacy online and when using technology up to the level of a basic human right – the edict has largely been ignored by the developed world, as UN decisions are not binding, or required to be carried out by member states.

Tech companies have been fighting back, with court cases being won by the big players, such as Microsoft and Google, allowing them to divulge the exact amount of government data requests they have received.

Additionally, the companies are getting their message heard in the media. Google’s Eric Schmidt accused the government of being ill-prepared and slow to adapt to the encryption trend, as well as the controversy around snooping. 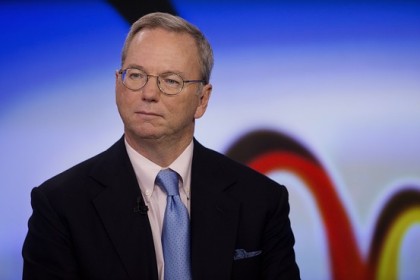 Eric Schmidt of Google, a key opponent to government snooping, which James Comey insists is necessary to protect the people,

The people who are criticising this are the ones who should have expected this,” Schmidt said, in a speech outlining his opinion on how the US government only has itself to blame for tech companies response to their government looking into people’s data.

James Comey meanwhile, is insistent that the encryption trend is more of a marketing ploy by companies attempting to reassure their users of their safety in the wake of Edward Snowden’s massive leak of American spying techniques online.

Whatever the cost of those revelations from Snowden, one thing can be said for sure – people are waking up to the fact that the internet grows ever more scrutinized by governments by the year.

Certainly in the wake of the Arab spring a couple of years ago, where social media was a key player in spreading anti-government messages, governments are becoming more and more aware of the damage dissenters online can achieve.

Whilst the FBI can’t do anything to stop big companies like Apple and Google from beefing up security, James Comey suggested there may need to be changes to the law in the States to prevent such security from being implemented, posing the question whether tech companies should be required to implement ways for law enforcement to access data more easily.

The answer to that question is not an easy one, and a lot more debate and discussion will take place before one is found. Regardless of his status as a big-shot government agent, Comey’s desire for dialogue on the issue is at least a good first step.

Via: The Wall Street Journal