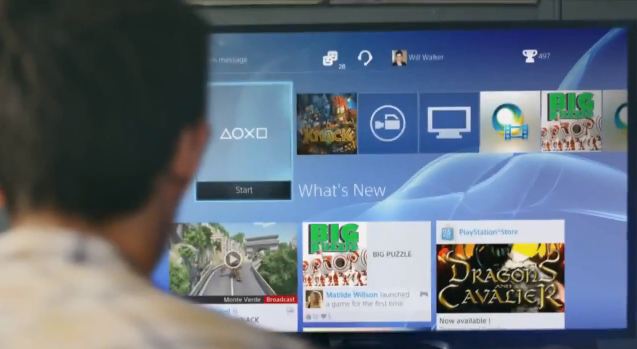 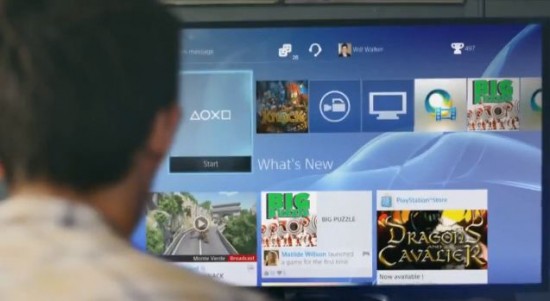 After Sony’s E3 event many questions about the PlayStation 4 have been answered, however there’s still plenty we want to know and see. A short Sony video has revealed some more juicy information including a good look at the console’s user interface.

The video shows our surprisingly stylish and clean-looking gamer hopping online and spotting a friend playing a game called Knack. He’s then able to ‘Like’ the game on Facebook, view info about the game and actually start playing it all from the following screen.

Our hero gets stuck in the game and it’s here that we see how the PS4 can multitask between game and other aspects. A quick double tap of the PS button on the DualShock 4 controller appears to flick between your game and the home screen, allowing the gamer to then view a video uploaded by a friend which shows him how to get past an area that he’s stuck on in the game. This method is also used to switch between playing a game and downloading a full copy of KillZone: Shadow Fall; with the game left downloading you can double tap PS to return to your full screen gaming. Interestingly, this section of the video also reveals that you can choose to download only the single player or the multiplayer aspects of a game first. This sounds pretty great and will allow you to get online and play with your mates quicker as you save time on downloading the rest of the game data that you won’t need just yet.

We learned recently that the PS4 will come bundled with a mono headset, which is a new thing for PlayStation. These are shown in the video and appear to be very simple single earpieces that are wired in to the 3.5mm connection between the analogue sticks of the DualShock 4 controller. There’s also a microphone module built in a few inches down the cable from the earpiece which allows you to communicate with your buddies online. 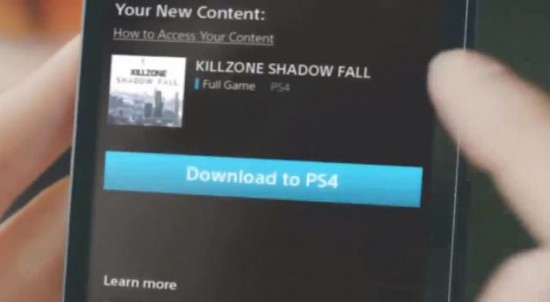 We also get a quick glimpse at the new PlayStation Mobile app which looks to be running on a Sony Xperia Z – come on, you didn’t expect Sony to use anything else, did you? A quick scene shows how easy it’ll be to set a new game to download on your PS4 at home whilst you’re out on your mobile, which looks pretty cool.

Check out what’s new below and let us know what you think!