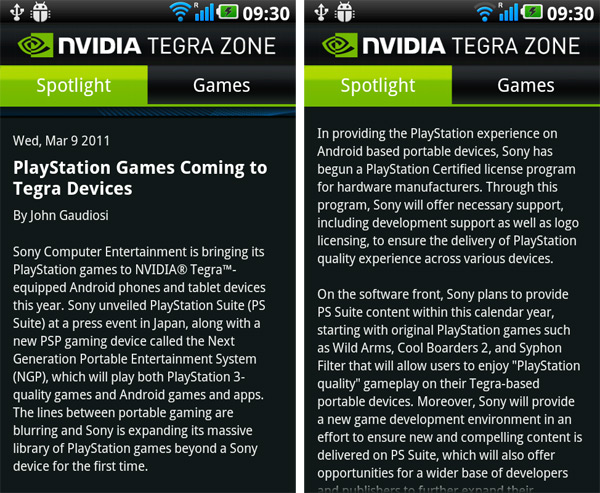 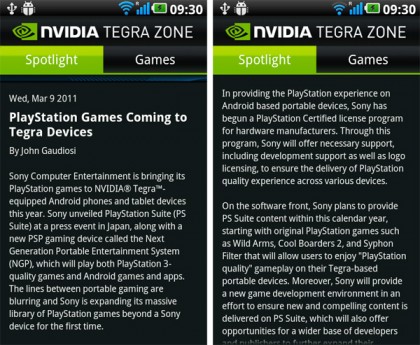 NVIDIA’s TegraZone application for Android went live at the start of this month, offering a dedicated app store for mobile phones and tablets running on the Nvidia Tegra processor.

The graphics giant today posted some juicy info within the TegraZone app, confirming that Sony Playstation titles will be making their way to Android devices which are equipped with the Tegra processor very soon.

The post, made by by NVIDIA’s John Gaudiosi, states that “Sony Computer Entertainment is bringing its PlayStation games to NVIDIA Tegra-equipped phones and tablet devices later this year”. He goes on to say that “Playstation 3-quality games” and applications will be coming to Android via the Playstation Suite that Sony unveiled at the end of January.

Sony are also pushing the “Playstation Certified” license program that was announced back in January. They aim to work with hardware manufacturers and developers to offer support on game development, as well as ensure that top quality games come to the Playstation Suite.

Sony aim to have the Playstation Suite up and running with Playstation games and apps “within this calendar year”.