Rise Of The Uk Smart Home 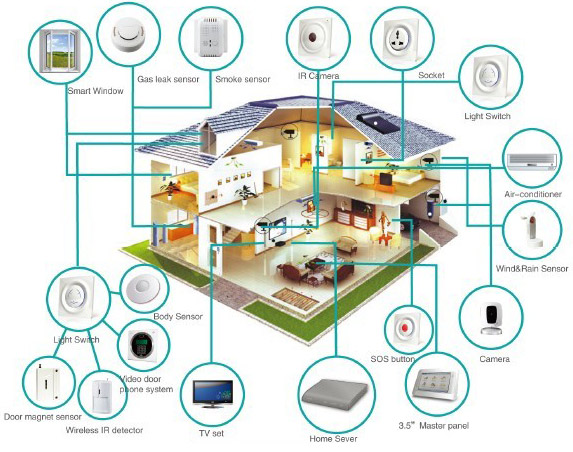 The UK seems to take on new tech in one of two ways. The first way is jumping into the fire without a thought to see if they wont get burnt and the second is ignoring it while everyone else welcomes it with open arms. With the latter, the UK usually comes round eventually, then claims they were first past the post.

All jokes aside, with Smart Homes, the U.S. has been leading the charge. The technology involved has been talked about, of course, but has not yet been taken on in a big way by the British. Britain is still considered to be in the early adoption stage.

Over four million of us here in the U.K. have purchased smart devices for their homes, valuing the current market at £30 Million per year, no small sum!

Looking online you will find every imaginable device for the home now being converted to smart tech. From fridges and light-bulbs to plug sockets and coffeemakers!
Soon every device you could ever need at home will be linked in to a cloud somewhere.

Great news right? Everything that used to give that small bit of exercise will soon be automated. We can all relax when we get in knowing that a machine is taking care of our needs while our stomachs grow larger. Forgot to lock the doors? No problem, just ask Alexa to lock them for you, in fact why move from bed at all?

Those who ‘work from home’ will eventually just be ‘people at home’ while their home does the work for them. Okay, maybe this is a little too dystopian for a tech blog but the vision is there right?

The reasons for taking up the technology are multi-fold; some claim convenience and lower costs rock their world, while others  are just after more efficiency overall, tying in work with home, seamlessly.

There is also the security aspect to consider. You can be notified instantly if someone or something enters your property via cameras that are installed on the network. Many of these cameras are Wifi,  easy to install and don’t break the bank. There is a caveat though; the threat of someone hacking into these cameras and watching the watcher is also there.

The Echo by Amazon is always listening for a command, which is great, but, that also means you are being recorded on every word you speak in the privacy of your own home…
Detectives in Arkansas are currently at odds with Amazon as they want to access the recordings of an Echo personal assistant. This is in relation to an alleged murder of one ‘Victor Collins’ that took place in 2015 at the home of Andrew Bates. Amazon are currently fighting requests by police for its audio logs as the police believe it may hold evidence to the murder.

For any news and assistance on all devices for your future smart home, look no further than the Gadgethelpline!

I want to know more about smarthomes