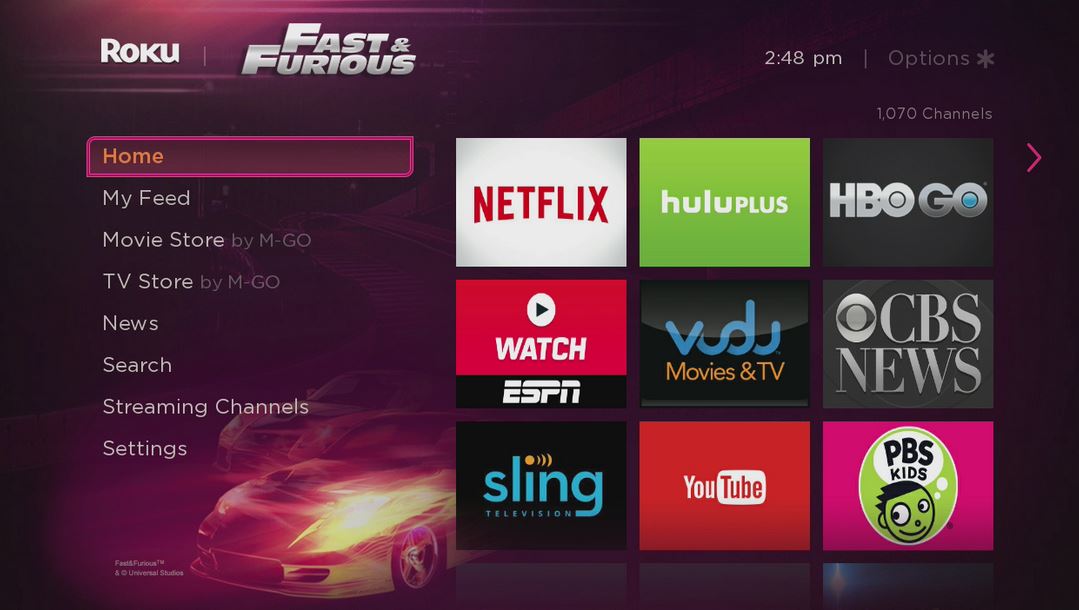 After rolling out customisable themes for US users last month Roku has now launched a selection of much more interesting backdrops for UK and Canada streaming fans too.

Previously we could only select from default purple theme or a handful of plain colours to slightly brighten up our Roku experience. Now ten new themes have been added bringing with them picture backdrops and a stylised look to the home screen. Themes are based on popular telly shows including Star Trek, Star Trek: The Next Generation and Adventure Time as well as movies such as Fast & Furious and cult favourite The Big Lebowski. 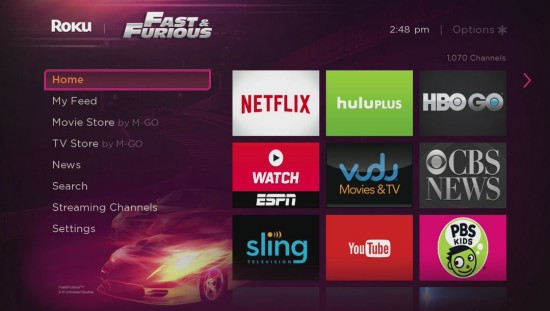 This first wave of themes can be purchased now ranging in price from 69p up to £1.99 and more are expected to become available soon.

The new Roku themes arrive in the same week as the streaming sticks and smart boxes across the UK received an update to improve stability and search and voice functionality as well as adding a new feature to remind about future program additions across the range of Roku services which include Netflix and Amazon Instant Video.

To view and purchase new themes for your own Roku simply access Settings and then Themes.