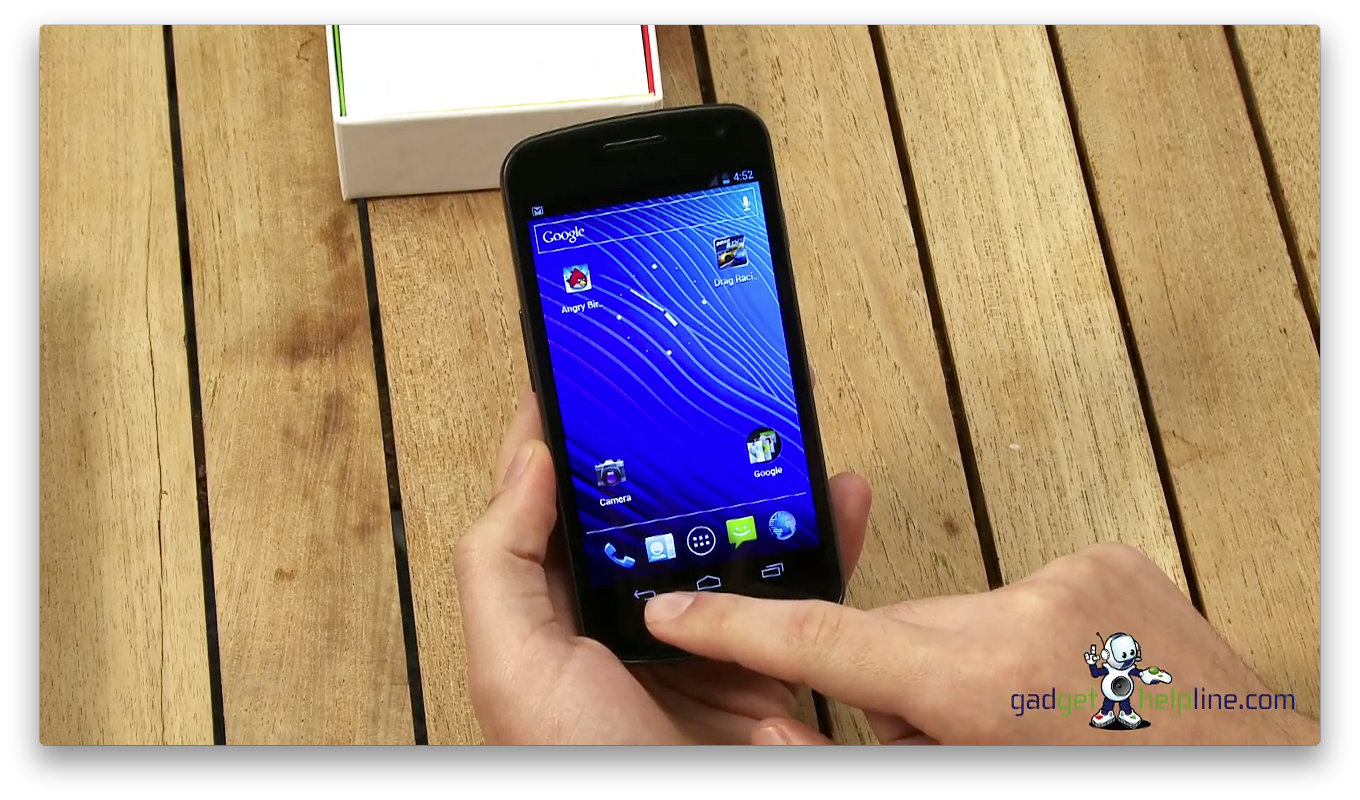 Samsung and Google’s recent collaboration has resulted in one of the hottest smartphone releases of the year. The Samsung Galaxy Nexus is the first phone to run the newest version of Android – Ice Cream Sandwich.

The phone has been available in the UK for a little over two weeks now, but unfortunately for our friends on the other side of the pond, delays from the Verizon Wireless network has resulted in the phone still not landing in awaiting customers’ hands.

Here at The Gadget Helpline we’ve been loving the phone since receiving it on release day, and from our experiences we’ve put together a video review of the new smartphone, as well as a hands-on demonstration of Android 4.0 to show you the stunning new user interface and great new features.

In our video you’ll get a good look at the Galaxy Nexus’ size and shape, including that slightly curved screen which makes it a joy to hold.

We’ll also show you the best new features of Ice Cream Sandwich, including folders, the new camera app and the recently opened apps.

You came here to see the video, so without further ado, we present to you; The Gadget Helpline’s video review of the Samsung Galaxy Nexus and Android 4.0 Ice Cream Sandwich