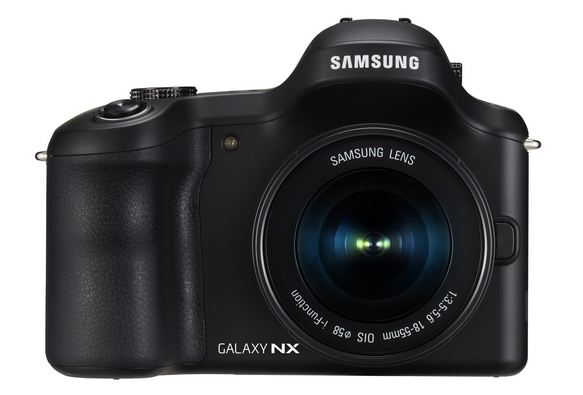 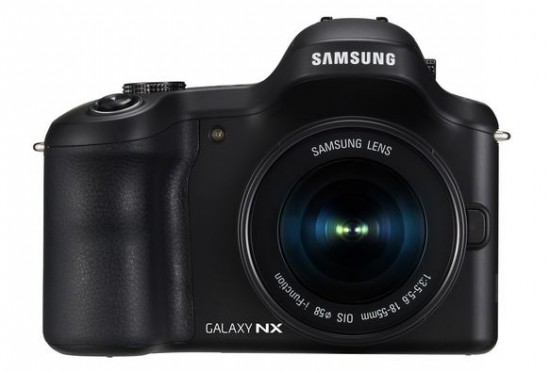 Revealed just last night, the Samsung Galaxy NX isn’t another slim and sleek Android smartphone as you might expect from the name, oh no. It’s Samsung’s second Android-powered camera, and compared to the original Galaxy Camera, it’s a huge upgrade.

The Galaxy NX builds on the Galaxy Camera and adds a bunch of new features and upgrades, most notably interchangeable lenses. The build and body is much like that of a DSLR, with a meaty hand grip on the right, shutter button on top of that, pop-up flash module and viewfinder just behind.

Inside the NX sits a large 20.3 megapixel APS-C CMOS sensor, borrowed from Samsung’s similarly named NX series of cameras. In fact, the more you look at the Galaxy NX the more you realised Samsung has pretty much taken its excellent NX20 camera and stuck Android on it! Like the NX20, the Galaxy NX is compatible with Samsung’s existing range of NX lenses, which includes everything from a 30mm pancake lens through to an 18-200mm distance lens.

In terms of raw camera specs, the Galaxy NX will shoot in ISO ranges of up to 25,600 and up to 8 frames per second. Shutter speeds can be a maximum of 1/6000th sec and video can be recorded in glorious Full HD.

Where the Galaxy NX differs from anything else is on the back. There’s a large 4.8-inch LCD touchscreen which allows you to operate the Android operating system, which is Jelly Bean 4.2.2. Like the Galaxy Camera you have access to the Play Store which means you can download all sorts of apps, allowing you to shoot, edit and share through the likes of Instagram, Twitter and Facebook. Sharing is done either via a Wi-Fi connection or a 4G mobile connection and there’s also GPS for geotagging your images and Bluetooth for sharing to other devices.

There’s also more to the Galaxy NX inside that makes it sound like a smartphone disguised as a camera. A quad-core processor running at 1.6GHz is paired with 2GB of RAM and 16GB of storage, which can be expanded upon by micro SD card – not the usual SD – by up to 64GB. Finally, a huge 4,360 mAh battery powers the whole thing.

Samsung confirmed that its latest Android camera will launch in stores over summer but didn’t mention a price.