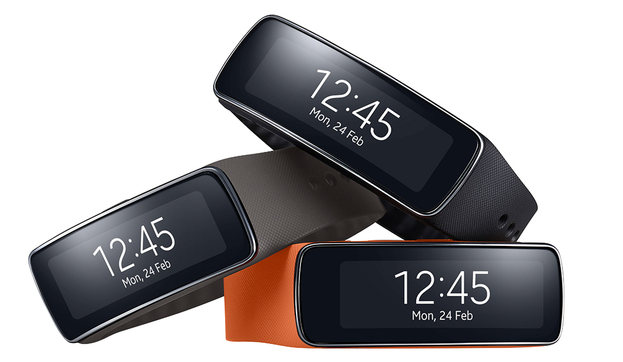 To complement the new Galaxy S5, Samsung has bet big on wearable gadgets and launched two new smartwatches and a smart fitness band at MWC 2014.

The Samsung Gear 2 is the follow-up to the company’s first smartwatch, the not-so-well received Galaxy Gear. The Korean company has dropped ‘Galaxy’ from the name and made improvements, including switching from an Android OS to its own Tizen system. The camera has also been moved from the strap to the face of the watch and upgraded slightly to a 2 megapixel sensor with autofocus and 720p HD video recording capabilities.

For those who don’t really want a smartwatch with a camera, Samsung has also created the Gear 2 Neo – a camera-less smartwatch which still uses the same Tizen OS, 1.63-inch Super AMOLED display, dual-core 1GHz processor, 512MB of RAM and 4GB of internal memory as the Gear 2. Both are faster than the Galaxy Gear which came first, although the key difference between the two is the lack of camera on the Gear 2 Neo, which we suspect will drive the price down a bit. 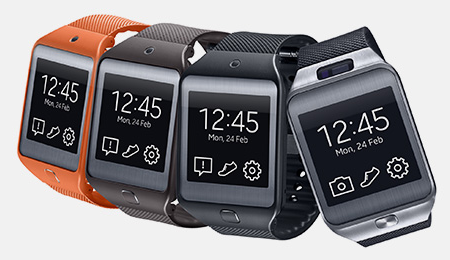 With the switch to Tizen Samsung has added more features and somehow more battery life from a smaller 300 mAh battery – apparently 2-3 days from a single charge will be typical, or up to 6 days with light usage. The Tizen OS brings apps to track fitness on the watch itself rather than via a connected smartphone as with the Galaxy Gear, which works thanks to the addition of a heart rate sensor, pedometer, gyroscope and accelerometer, all of which are now built in to the Gear 2 and Gear 2 Neo watches.

A new standalone music player is available on both watches and utilises the internal 4GB of storage and Bluetooth connectivity to provide tunes to your ears without a smartphone whilst exercising. Apps from the likes of PayPal, Garmin, Feedly and Runtastic will also be available to download to the watch, again saving the need for a connected smartphone which proved to be a burden with the original Galaxy Gear.

After unveiling two new full-on smartwatches, Samsung touted an intriguing new wearable called the Gear Fit. This is another wrist-worn gadget but with a twist, and is aimed more at fitness fanatics. Rather than featuring a traditional square watch face it has a curved and thin Super AMOLED display, making it look much more like a Fitbit or Nike FuelBand in terms of shape and size.

The Gear Fit is water and dust resistant and features Bluetooth 4.0 LE connectivity for pairing to a smartphone, with a 210 mAh battery which Samsung claims will last up to five days from a single charge. The screen is smaller – 1.84-inches – and so some of the apps designed for the Gear 2 and Gear 2 Neo won’t work so well, but there will still be a pedometer, heart rate tracker, sleep monitor and live notifications from a paired Android smartphone, so you can see when a new email, SMS or call is coming in on your wrist. 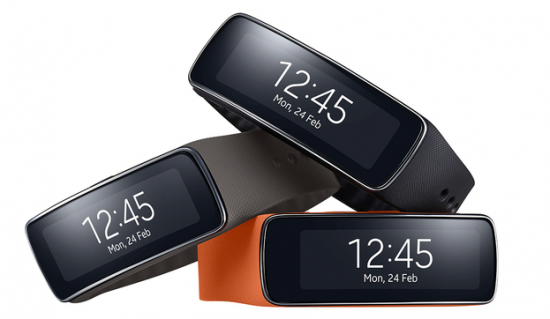 Samsung is keen to push customisation with all three of its new watches by offering a wide range of interchangeable, colourful straps. The Gear Fit has straps in black, orange and ‘mocha grey’ (whatever that is), whilst the Gear 2 and Gear 2 Neo can accommodate any 22mm strap and comes in Charcoal Black, Mocha Grey and Wild Orange watch face colours. The Gear Fit will launch globally with the Galaxy S4 on April 11th, whilst we don’t yet know when the Gear 2 and Gear 2 Neo will be out. Pricing is yet to be confirmed for all three.