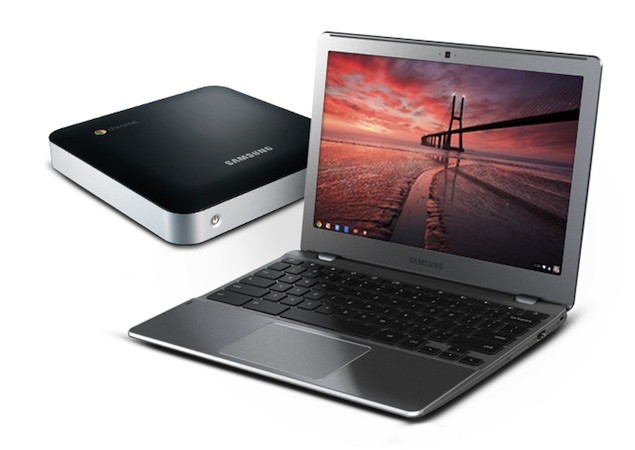 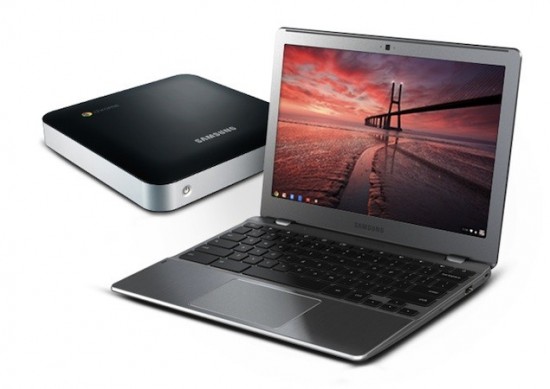 It’s been a while since the first range of laptops to run Google’s web-based Chrome OS were launched, and we’ve heard little news on the OS since then.

However, Google’s good old pals at Samsung are still keen to keep chipping away at the PC market using Chrome OS and they’ve just revealed a brand new Chromebook laptop along with the first ever Chrome desktop, which is called the ‘Chromebox’.

We say ‘desktop’, but the Chromebox is more of a mini PC. It’s a stylish little box with a black top and silver trim around the edge, around the size of a Mac Mini.

Both the Chromebox and the new Chromebook from Samsung run on a new version of the Chrome OS, which makes them both very capable when it comes to multitasking. We’re told that both will easily handle video calls, web browsing and games all at once, which is impressive considering the fact that the OS runs from a connection to the internet.

The user interface has been overhauled and is now even more user friendly, allowing you to run separate windows side by side with ease. Finding and opening apps should be plenty quicker than on previous Chromebooks, as is the boot up time – Samsung says the new Chromebook will boot in under 7 seconds and is an impressive 3 times faster than the first generation models.

Chrome OS gives you access to a wealth of Google apps and services, including the Chrome browser, Gmail and even apps such as Netflix and Angry Birds, which can be downloaded from the Chrome App Store.

The ability to open and view Microsoft Office files is present on both of the new devices, and Google Docs will allow you to save and edit documents even when you’re offline.

Google’s cloud storage system ‘Google Drive’ is also on the new Chrome OS update, so users can store files online for viewing and editing whenever they want.

Both will be available to buy shortly online from PC World, Amazon and John Lewis. PC World has the Samsung Series 5 Chromebook available for £299.