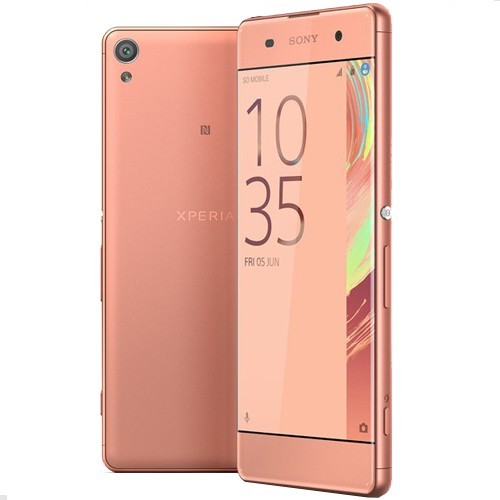 After being announced in February at the Mobile World Congress, and finally hitting the UK through the O2 network last week, the Sony Xperia XA smartphone is now available through most of the country’s mobile networks and retailers.

If you’re looking to experience the Sony Xperia brand but don’t want to splash the cash on the likes of the expensive premium Xperia Z5, the Xperia XA is a budget friendly alternative you might be looking for. With features including 5-inch 720 x 1280 pixel resolution touchscreen, 2.0GHz octo-core CPU (MediaTek MT6755) and running Android 6.0 Marshmallow with Sony’s own flavour on the user interface, this handset is very up-to-date despite its scaled back specs.

Also included are 2GB of RAM and 16GB of internal storage with SD card expansion up to 256GB and the two cameras include a respectable 13-megapixels with LED flash at the back and 8-megapixels with auto-focus up front for selfies. For connectivity the Xperia XA will work with 4G/LTE, Wi-Fi, Bluetooth and it supports NFC.

Available in White, Graphite Black, Lime Gold, Rose Gold, the Sony Xperia XA is now confirmed at O2, Three, Virgin and Carphone Warehouse amongst others with customer paying for monthly tariffs starting at around £15 eligible to get the handset at no extra cost. Vodafone, however, is yet to offer an idea of when or how much but does state the handset is coming soon.

The Sony Xperia XA is also available to buy contract free costing around £240.