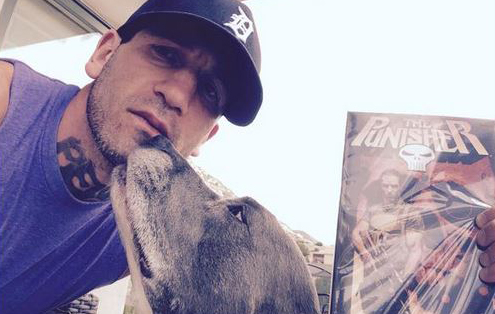 A inside source recently revealed that Netflix was giving serious consideration to bringing cult comic character The Punisher into its comics-to-TV universe as a key role in what was referred to as ‘Phase 2’. That rumour has now been confirmed officially by Marvel and the anti-hero alter-ego of Frank Castle will be coming to screens in 2016 as part of Daredevil season 2, played by The Walking Dead actor Jon Bernthal. 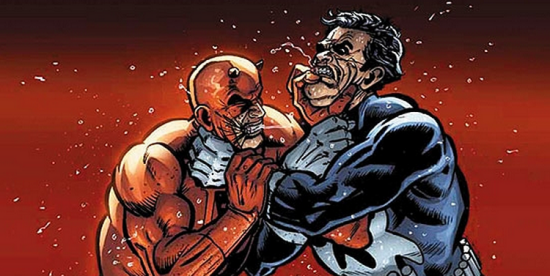 Bernthal comes in as a bit of a wildcard and was not one of our frontrunners on the list of actors who could embody The Punisher, a tortured soul turned mercenary, first appearing in Marvel comics in the 70s and who has been portrayed on screen a number of times by names such as Dolph Lundgren and Thomas Jane.

But with a stint as the devious Shane Walsh in The Walking Dead’s first season and with recent appearances in Hollywood projects such as Fury, Pain & Gain and The Wolf of Wall Street Bernthal’s got the acting chops, the charisma and some seriously good momentum coming into Daredevil. And let’s not forget with his inclusion in the show this makes him The Punisher of the Marvel Cinematic Universe. So a pretty big deal all round. 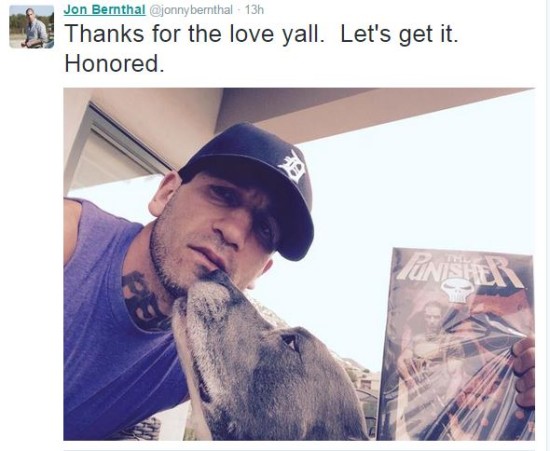 The first of Netflix’s exclusive Marvel TV shows has been gritty and realistic with mature themes, a far cry from the colourful costumes and superhero antics of The Avengers, which makes it a perfect fit for The Punisher. Whether the character will start out working alongside Daredevil or against him is yet to be known but the pair are sure to violently clash at some point just as they have a number of times in comics.

Daredevil has really flung its talent roster into the limelight and names such as Charlie Cox (Matt Murdock/Daredevil), Elden Henson (Foggy Nelson) and Deborah Ann Woll (Karen Page) have become the big stars to follow on social media since the first 13 episodes of Daredevil became available on the streaming service on April 10th.

Woll herself was one of the first of many stars on Twitter to congratulate Jon Bernthal on capturing the role of Frank Castle and for him joining the Daredevil cast for season 2 which is to be aired next year.