Home » Gaming » Why Was Ubisoft Piracy Game ‘Skull and Bones’ Pushed Back?

Why Was Ubisoft Piracy Game ‘Skull and Bones’ Pushed Back?

Heard of Skull and Bones? Pirates and gaming can be considered synonymous with the internet that we know and love. Games with a pirate theme in general have also been strong over the last twelve months. Less known than the released titles Atlas and Sea of Thieves, Skull & Bones will be Ubisoft’s offering to the World of pirate gaming. Originally set for release this year, it has now been pushed back to at least the middle of 2020.

The game was due to be released by Ubisoft this year so what has changed?Firstly a little bit of information about Ubisoft, a multi-national gaming corporation.
Ubi soft was created in 1986 and the name was simplified to Ubisoft in 2003.

They also created a game called Rayman, you may have heard of it? 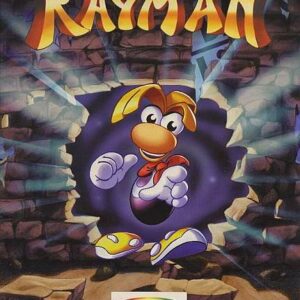 Rayman could be considered the game that put them on the international map in a big way.

Ubisoft are still a big name in gaming; Assassins Creed and For Honor for example.

The group of subsidiary companies involved in creating Skull and Bones are:

Ubisoft Chengdu Founded in 2008, a AAA title developer in Western China, worked on Assassins Creed Odyssey, Origins and For Honor.

Ubisoft partnered with Station F which was the World’s largest startup campus in 2017, the site still claims this title.

One of the startups currently in the incubator is Everdreamsoft, creators of Spells of Genesis which was the World’s first blockchain trading card game.

One point to note here is that both the current season and the upcoming season are blockchain related.

Here is where we will take the sum of all these parts and guesstimate at least one possible reason that the game is now not ready for release sometime this year.

What would set skull and bones apart from its swashbuckling competitors?

We at Gadgethelpline believe it could be the addition of cryptoassets into the games development that has caused this prolongment.

Imaging sailing the seas looking for enemy pirates. After a hearty battle you begin the looting while your enemies sink beneath the waves. Unlike the other games mentioned above the booty you loot is actually yours to store in your own cryptographically generated wallet.

Yes this could be a stretch but Everdreamsoft and Bitcrystals are heavily involved in giving real value to digital assets.
Of course though, it could just be down to fine tuning and the wish to produce a finely-tuned, finished product.

Oh yes, one more item to add to the pile here; there will also be a companion  TV series.

Expect a lot of hype in and around the game once the series is underway!

All images sourced from Ubisoft.

Upgrade Netflix Tips – Options, For A Better Way To Chill

Tech Predictions 2020 – A Glance Into The Scrying Pool

Gamer Numbers To Rise In The New Decade – Will You Be One Of Them?