Apple Watch May Be Very Hard To Repair

The Apple Watch’s internals have been a hot topic recently. Components like the battery life, the storage and the screen have all been much talked about around the device’s launch. However, not much has been said about repairs, or, to put it more bluntly, whether you’ll be able to get your Apple Watch repaired if it breaks.

Over at iFixit, their resident squad of techies managed to get their brand new Apple Watch apart pretty much as soon as it came out of the box. The ‘teardown’ process involves getting a new product and checking out what’s under the hood. It’s become an unofficial practice in the tech community to ensure companies include everything they say they will.

The iFixit teardown found signs of what they call ‘built in obsolescence’ in the device – design quirks within the watch that render repairing it a difficult task. The obsolescence part of course relates to how on finding out the device cannot be repaired, the user presumably just goes  out and buys another. Of course, this isn’t the first time someone has pointed this kind of thing out in Apple’s devices.

The article basically put the major concern in a nutshell: “The S1 SiP [internal system in package] is encased in resin, and is further held in place by a mess of glue and soldered ribbon connectors. In short, basic component replacements look nearly impossible.” 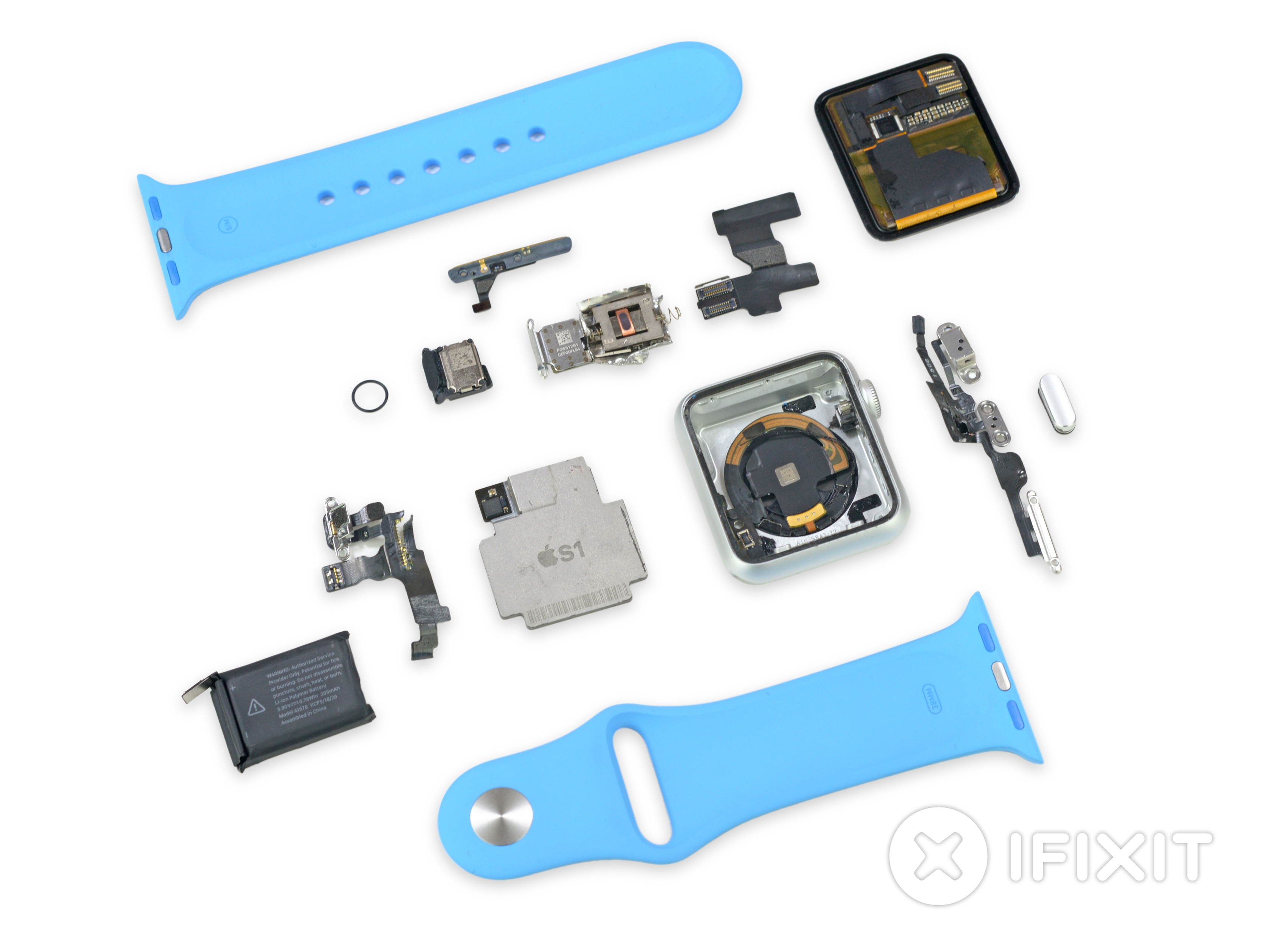 The completed teardown showed no screws, no chance of reconnecting parts, and very little hope of recovery for this particular Apple Watch.

So to put it another way, the Apple Watch is glued together like some sort of model when manufactured. Of course, saving space has been the top concern for Apple creating such a compact but high-end device, but the irreversible gluing process does indeed hamper repairs. Could this be evidence of a device rushed to release in the first model?

Apple are not known for doing a poor a job when building their devices – it’s a well known perk of buying their stuff. However, cutting costs for the Apple Watch may have also meant cutting corners on the build. Wearables are an emerging market, and as such the smaller, faster components are not as heavily mass produced. This means custom chips are racking up higher prices.

At any rate, this probably mean an Apple Watch repair might be a little difficult – of course extended warranties are bound to be available, and this might be something you should look into. As for upgrading existing watches with faster components, it’s highly doubtful that it can be done.

This also means there’s not a lot you can do if the first generation Apple Watch ends up being outclassed by newer ones in the future. The only option really will be to upgrade and hope for a part exchange deal from Apple.