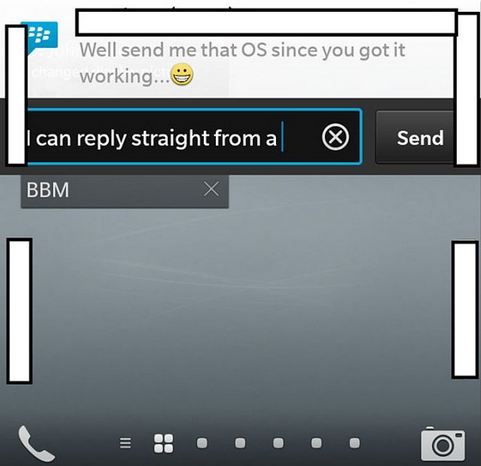 BlackBerry Z10 and Q10 owners are soon to be in for another software update, with BlackBerry 10.2 well under development. As the software rolls towards a final release date, a number of screenshots have leaked and revealed a set of new features which the update will bring.

By far the most exciting prospect is ‘toast’ notifications which can be interacted with by the user. This means that when a notification pops up at the top of the screen to tell you a text message has been received, you can reply to it using a small notification box rather than leaving your current app to go into Messages. Provided 10.2 doesn’t get delayed, this will make BlackBerry the first major player to offer this functionality in the smartphone area. This functionality can be seen in the screenshot at the top of this page.

This new notification system works similarly to that of Windows Phone, with users able to swipe a notification down the screen to expand it and then respond to it. 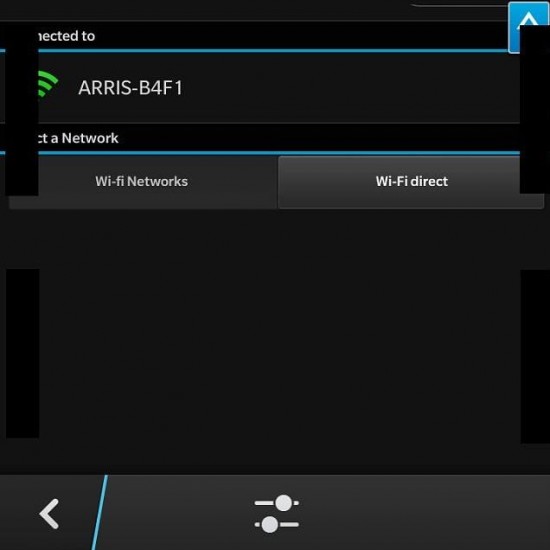 Another screenshot reveals that Wi-Fi Direct connectivity will be added to BlackBerry 10 phones via the update. This is a feature that most modern smartphones have, though for some reason it was missing in the launch of BB10. For those unfamiliar, Wi-Fi Direct allows two compatible devices to connect and share data without the need for a Wi-Fi router. This means that a smartphone can control a TV or laptop, or a tablet can share files with a games console, for example.

Other small details spotted in the bundle of screenshots, which came by way of the CrackBerry Forums, include Evernote integration, a new app manager and changes to the Clock app which allow for multiple alarms.

We’re still likely to be a way off BlackBerry 10.2 launching publicly, but in the meantime head over to the forums to check out more screenshots.