BlackBerry has announced that it will be returning to a tried and tested formula by reintroducing the physical QWERTY keyboard with its upcoming Q20 smartphone. 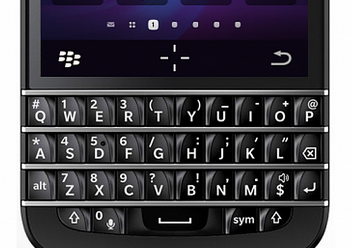 The BlackBerry official blog reported the news and following ‘passionate’ customer feedback for the return of those classic QWERTY keys, the Canadian company (formerly RIM) will release the new Q20 in the latter part of 2014. As well as sturdy keys for nimble use of the BBM feature the new handset will include a 3.5” display offering a larger visible typing area for knocking out a text or email in the BlackBerry Hub. This is an increase in size on the previous keyboard model the Q10 which came with 3.2” display.

Menu, Back, Send and End buttons will join the button configuration on the BlackBerry Q20 as well as an integrated trackpad. As well as promising the best messaging experience BlackBerry also boasts of the new handset’s exclusive BB10 operating software and apps and also the handsets enduring battery life.

BlackBerry is yet to offer a release date or price (or even an official image) for the Q20.