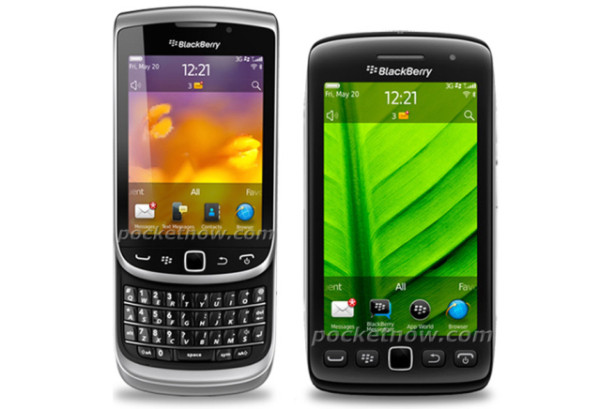 Prepare to get excited Blackberry fans; it looks as though RIM is gearing up to announce two new Blackberry smartphones later today.

The official @Blackberry Twitter account yesterday posted the message below which has led us to believe there will be new Blackberry smartphones running OS 7 announced later today.

RIM hasn’t confirmed exactly which devices are due to be announced, but we do know that they will both be running the new Blackberry OS 7. The Blackberry Bold Touch 9900 is already due to release on August 15th running OS 7.

Press shots of two new Blackberry smartphones have appeared online which could well be the new devices due for announcement later today. At the top of the page you’ll see the Blackberry Torch 2 and Blackberry Monza sitting side by side, both phones that have been seen online before but haven’t yet been officially announced.

The Blackberry Monza has also been known as the Blackberry Touch, Volt, 9860 and rumoured as the Storm 3. It is RIM’s first full-touchscreen smartphone since the Storm 2 and features a 1.2GHz processor, 768MB of RAM, 4GB of internal storage and is a fairly slim 11.5mm deep.

We’ve met the Torch 2 before; a handset that has changed very little from the original Torch on the outside, yet has received several upgrades internally to make it faster and superior to the original. The Storm 2 will also feature a speedy 1.2GHz processor, 768MB of RAM, 5-megapixel camera, 720p HD video recording and the same 3.2-inch touchscreen. RIM has supposedly switched the touchscreen panel used in the Torch 2 to provide better touch sensitivity and more.

Both handsets are expected to be announced later today and go on sale during August/September, but we’ll hopefully find out for sure later today. Be sure to tune in to our Twitter Feed this afternoon to get the latest on new Blackberry smartphones.

In the meantime check out some sneaky snapshots we’ve uncovered of the Blackberry Monza in our gallery below. 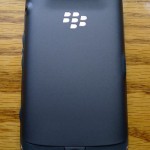 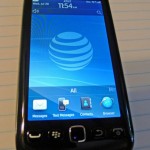 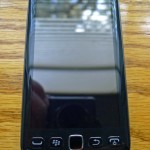 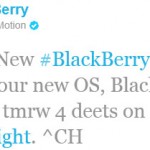 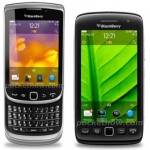